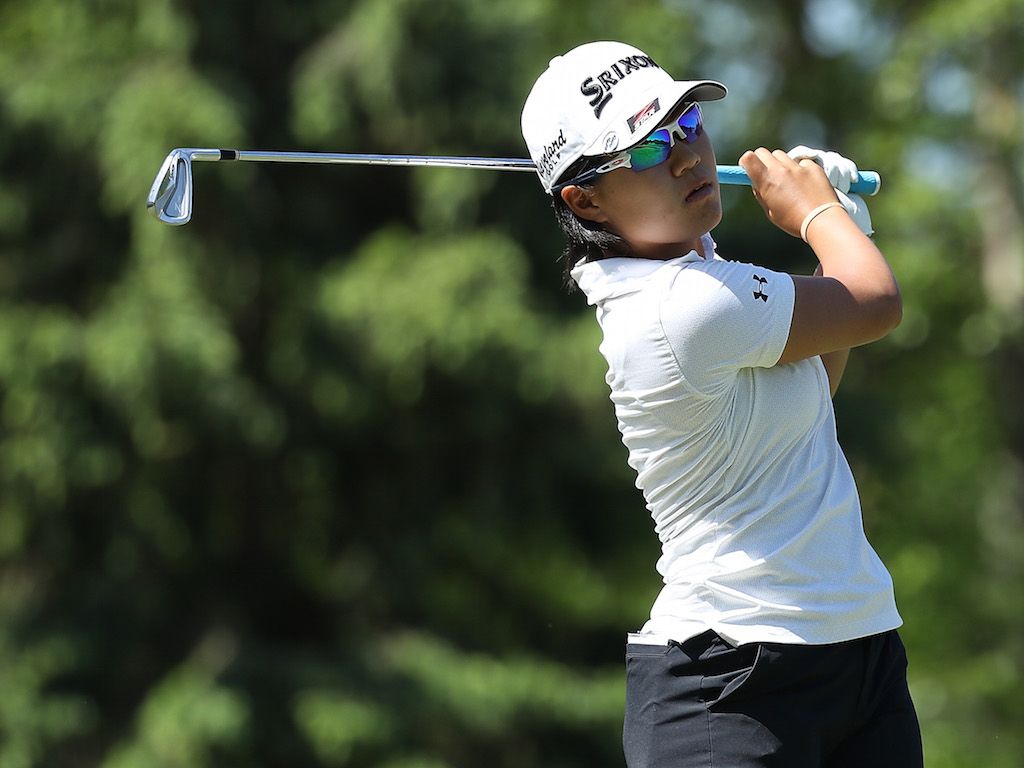 Nasa Hataoka’s solid golf continued at the Volvik Championship on Friday as she backed-up her opening round of 67 with a solid four-under-par 68.

After losing in a playoff last weekend and finishing in a tie for seventh in the event previous, Nasa Hataoka is making another bid for her first LPGA Tour victory.

Hataoka shot a fout-under-68 on Friday to get to eight-under-par for the tournament, and the Japanese teenager leads by one stroke over Minjee Lee after the second round of the Volvik Championship.

Catch up on highlights from the 2nd round of @VolvikLPGA pic.twitter.com/bGXlOul27R

Speaking afterwards, she attributed her success to the new found understanding that she needs to be able to be comfortable taking on daring shots.

”I’m really comfortable playing the LPGA,” the 19-year-old Hataoka said through a translator.

”I kind of feel like not really perfect, but I just kind of try to (be) aggressive.”

Lee is in second place at seven-under-par while a host of players are tied for third.