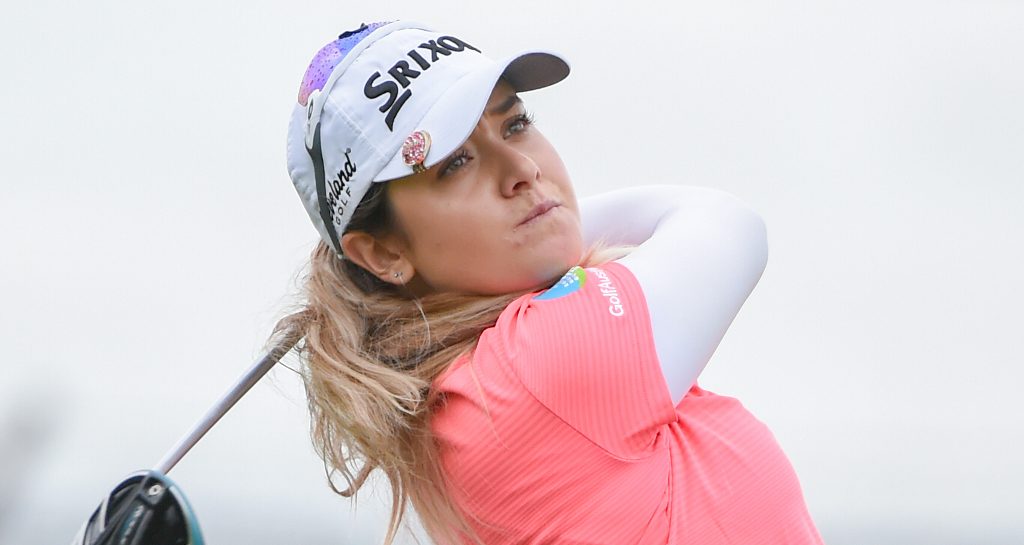 Australian Hannah Green holds a one-shot lead after the opening day of the Women’s PGA Championship thanks to a bogey-free, four-under-par 68.

Cold and wet weather greeted the players at Hazeltine National golf course in Chaska, Minnesota on Thursday, and unfortunately for Green, she had neglected to to put rain gear or towels in her bag prior to the start of her round.

“I only brought one jacket and I was freezing cold,” she said. “My caddie and I both really weren’t prepared for the rain.

“I thought it was going to come much later in the day after nine holes. Luckily there was a staff member from the course coming out with towels, otherwise I don’t know if I would have been able to keep hold of the club.”

"Hopefully those putts can continue to roll, but I was very pleased with how that went today."@hannahgreengolf only needed 23 putts on her way to a 4-under 68 to take the solo lead the @KPMGWomensPGA. pic.twitter.com/NndCf8WIbq

It made for a miserable day as she struggled to keep dry and warm, but Green was still able to shoot the lowest round of the day as she fired four birdies to grab a one-shot lead.

Green is in her second year on the LPGA Tour and has never recorded a top-10 finish in the majors, but she needed just 23 putts on the day, and also chipped in for birdie out of the bunker on the par-five seventh.

“As soon as it landed on the green I knew there was a chance of it going in. I guess I just had a lot of luck today with putts going in and getting good bounces,” she said.

From the bunker for the lead‼️@hannahgreengolf holes out from the sand to take the lead at the @KPMGWomensPGA!

And of her performance on the greens, she added: “I don’t think I ever had a tap-in putt for my par putts when I missed the green. Nearly every hole was a six-footer. I made all of them.”

Lying just one shot behind Green are England’s Mel Reid and South Korean Hyo Joo Kim, who both had four birdies and one bogey on their cards.

Six players follow a further shot back on two under, including former World No 1 Ariya Jutanugarn, Lin Xiyu of China and defending champion Sung Hyun Park.

It was not a good day for Michelle Wie, who returned to action following a two-month absence due to injury and could do no better than a 12-over 84.

“I was foolish to think I would shoot really well,” said a visibly upset Wie.

“It’s just one of those situations where I’m not entirely sure how much I have left in me. So even on the bad days, I’m just like trying to take time to enjoy it.”