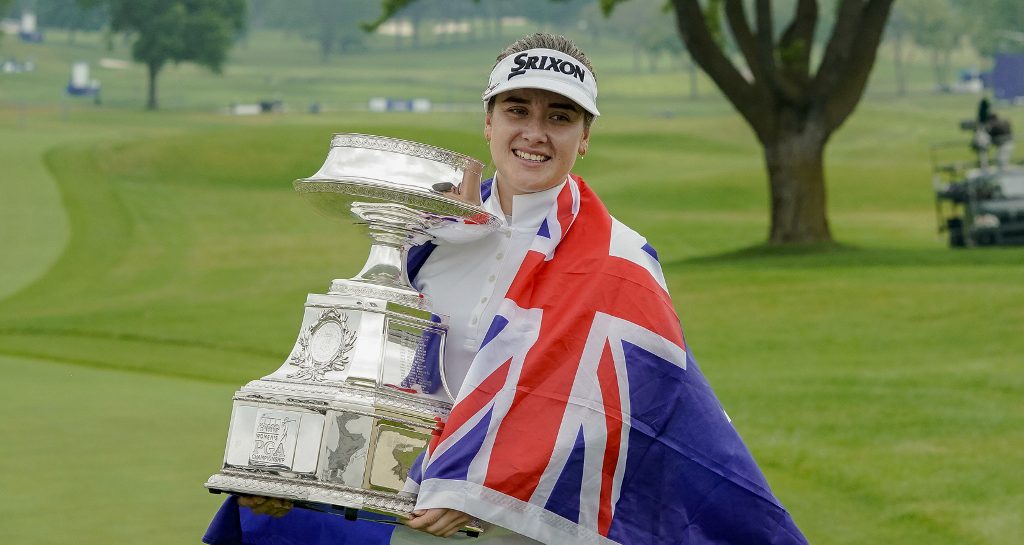 Hannah Green completed a famous victory at the Women’s PGA Championship on Sunday, becoming the first Australian woman to win a major championship in 13 years.

The 22-year-old first took the lead after Thursday’s opening round and despite her youth and inexperience, she showed incredible grit and determination to hold on to her advantage right until the very end – even as some big names were trying to chase her down.

Starting the final round with a one-shot lead, Green would end up clinching victory by the same margin thanks to an even-par 72 and nine-under-par total.

A crucial up and down par save at the last hole saw her hold off defending champion Sung Hyun Park, who shot a 68, by a single stroke.

“To win a major as my first event I am so over the moon,” said Green, who had never won a LPGA title before.

“I was really nervous playing the last five holes,” she said. “I am just happy I made a clutch putt because that is what I was struggling with in the middle of the round. It really is surreal.”

It certainly wasn’t all smooth sailing for Green, either. After two birdies in her opening seven holes, she bogeyed the ninth, and then added two more back-to-back bogeys at 11 and 12, as her round threatened to unravel.

But she steadied the ship with three pars before a pinpoint approach gave her a birdie on the par-4 15th, setting the stage for her clutch par on the last.

"It really is surreal."

“I didn’t feel too nervous at start, but coming towards the back nine and missing putts on eight and nine, that really hurt. I wasn’t in the right head space for that,” Green said.

“Then making the putt on 16 obviously relieves everything. I heard Sung Hyun birdied the last so I knew I needed to make par. I really didn’t want to play that hole again. I am just really happy I made it.”

Park finished a shot behind in second, while England’s Mel Reid fired an impressive final-round 66 to share third place a further two strokes back alongside American Nelly Korda, who had a 71.

Former World No 1 Ariya Jutanugarn, meanwhile, started the final round just a shot behind Green and was expected to be her biggest challenger on Sunday, but a disappointing 77 saw her finish down in tied-10th place.