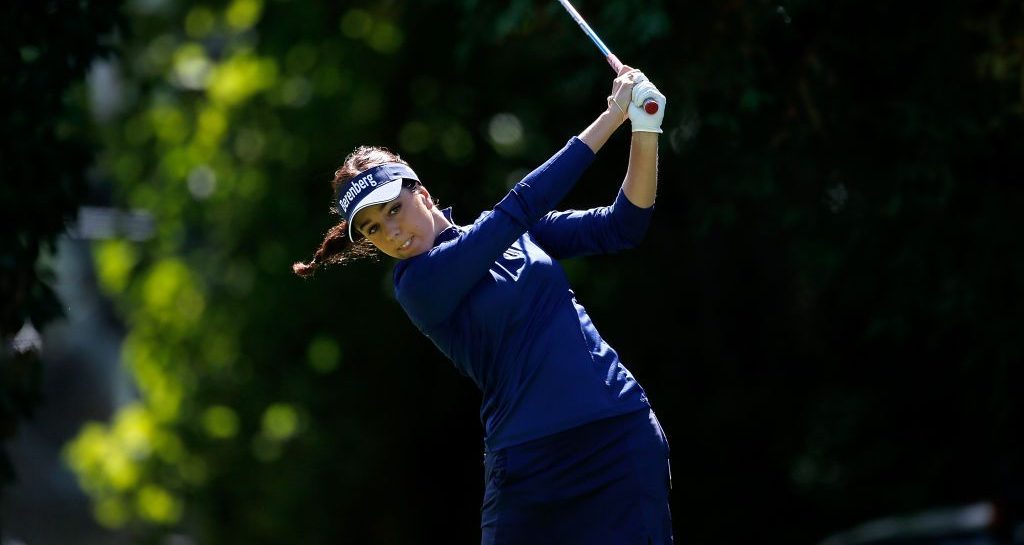 England’s Georgia Hall holds a three-shot lead going into the weekend at the Cambia Portland Classic after firing the round of her career.

The reigning Women’s British Open champion shot a stellar nine-under-par 63 on Friday including five straight birdies on the back nine on holes 12-16.

Hall took only 23 putts on Friday after hitting 14/18 greens.

“I holed some really long ones… and my long game was pretty good today, and I didn’t really miss a green that much,” she said. “I’m extremely happy, and I kind of stayed in there and kept trying to get more birdies, so I was happy with that.”

At one point Hall was 10 shots ahead of her playing partners, which she said was “a bit strange,” adding that she just wanted to keep going.

“I want to get as far ahead of the others as I can. That’s what I kept thinking,” Hall said. “I just want to increase the distance apart.”

She said that her caddie told her it was a “little scary” to watch her play today.

“After about the seventh or eighth (birdie) went in, he was like, ‘oh, God, you’re scaring me, what’s going on?’ I don’t know if that’s a good or bad thing,” Hall said. “But I just kept in my own bubble and just kept focusing on the putts, and they were dropping, so like I said, I’m extremely happy with 9-under, and it’s my low score to date, so it’s good.”

“I love this golf course,” she said. “It’s very nice to play. It’s in great condition, so I look forward to the weekend and seeing what I can do.”