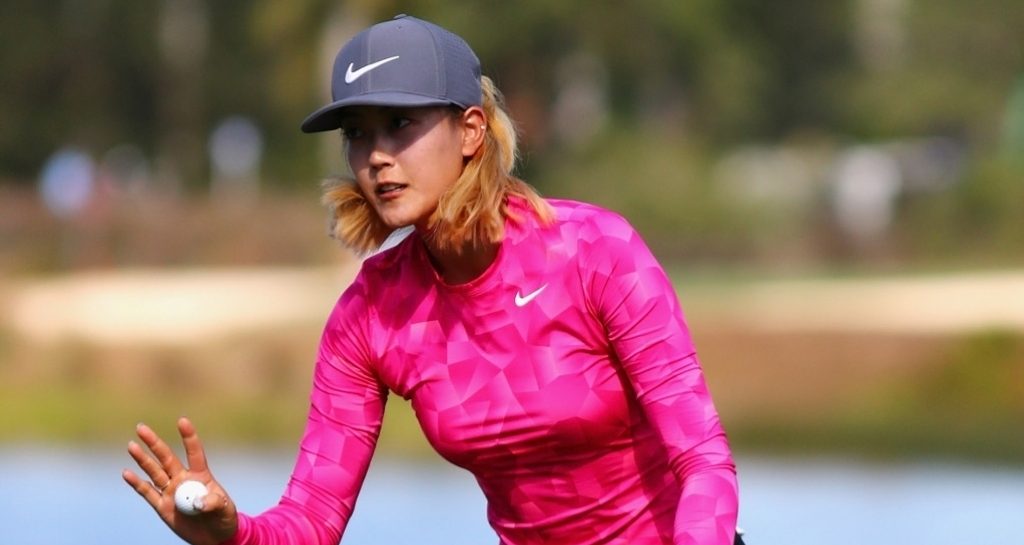 Overnight leader Sung Hyun Park opened the door for the rest of the field at the LPGA's season-ending Tour Championship on Saturday.

While Rookie of the Year Park remains in contention for a historic win, one that would also see her crowned Race to CME Globe champion in her debut season, more than 20 players now find themselves within three shots of the lead heading into Sunday's final round, and it's anyone's guess who'll walk away with the trophy.

Park led by as many as four strokes on Friday and still took a three-shot lead into Saturday's third round, but stumbled with a three-over-par 75 that left her on nine under, albeit still just one shot off the lead.

“The tee shots weren’t quite solid today,” Park said after her round. “Sometimes there’s days where things aren’t quite clicking and I think that day was today.”

“The tee shots weren’t quite solid today. Sometimes there’s days where things aren’t quite clicking and I think that day was today.” Sung Hyun Park (+3) for the day, (-9) total #CMEGroupLPGA pic.twitter.com/onnl6bAf1n

Four women are tied in front on 10 under – Michelle Wie, who has played herself into contention with rounds of 68 and 66, Thai star Ariya Jutanugarn, Norway's Suzann Pettersen and another American, Kim Kaufman, whose 64 was the lowest round of the day at Tiburon Golf Club.

“I think my attitude has changed a lot and just to remember I can’t always control the outcome.” @jutanugarn back in contention at @CMEGroupLPGA pic.twitter.com/JG92UeqIlC

A seven-way tie for second follows a further shot back – including American Lexi Thompson, who like Park would also clinch the Race to CME Globe if she won on Sunday.

“I’ve had adrenaline the last 3 days. This is one of my favorite tournaments to come to, it’s close to home & I️ have a lot of friends & family come out.” @Lexi @CMEGroupLPGA pic.twitter.com/kvSyqCc128

At eight under, two back, the likes of Amy Yang, Charley Hull and Pornanong Phatlum can't be ruled out either.

Anna Nordqvist and Nelly Korda and are among those on seven under, while World No 1 Shanshan Feng and Brooke Henderson – two other players who control their destinies in the Race to CME Globe – are still in with a shout too on six under.

The stage is set for what should be a thrilling final round, with not only the title but Race to CME Globe and Player of the Year honours up for grabs.