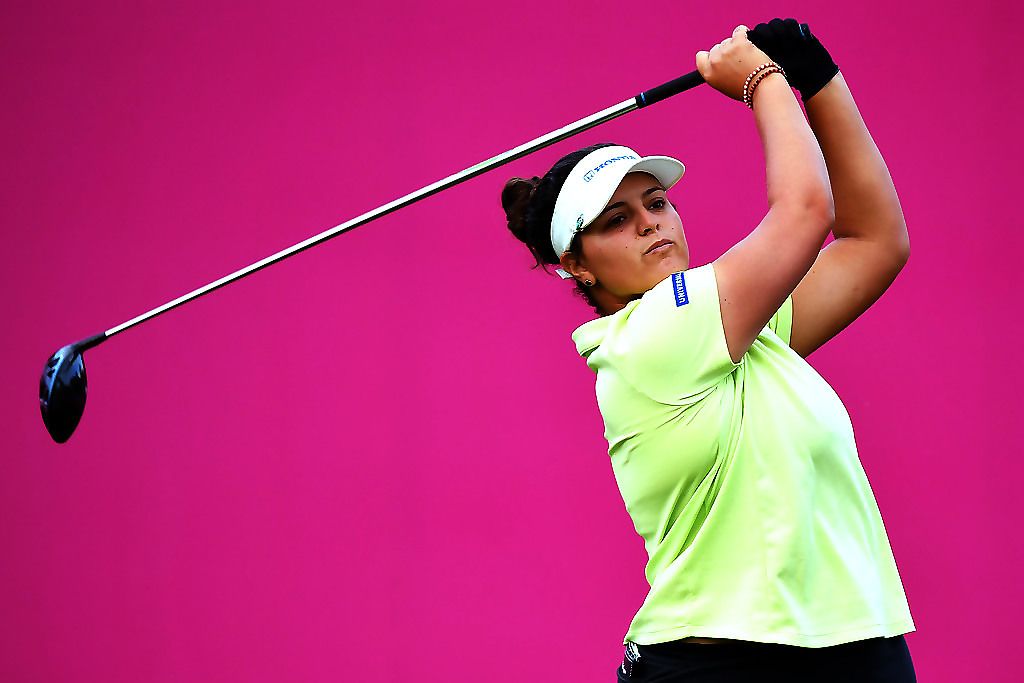 Maria Torres continues to be 🔥 at the @EvianChamp!

Watch highlights from her 2nd round: pic.twitter.com/xRNUPmE1aO

“It’s something new and it’s exciting (to lead),” said Torres afterwards. “It was a little nerve-wracking, I’m not going to deny that.

“It’s exciting to be in this position,” Torres added. “I’m grateful for it.”

11/13 Fairways hit
15/18 Greens in regulation@AmyOlsonGolf is at the top going into the weekend @EvianChamp! pic.twitter.com/863unAdtmD

Olson nailed seven birdies in her round of 65 claiming a share of the lead with an 18-foot par-saving putt on the 18th. While her countryman and co-leader Martin had six birdies and one bogey in her 66.

South Korea’s Lee scored an eagle on the ninth plus three birdies and one bogey for her round of 66 for a share of the lead.

One shot back at seven under is Spain’s Carlota Ciganda who carded a 70 to go with her opening round 65.