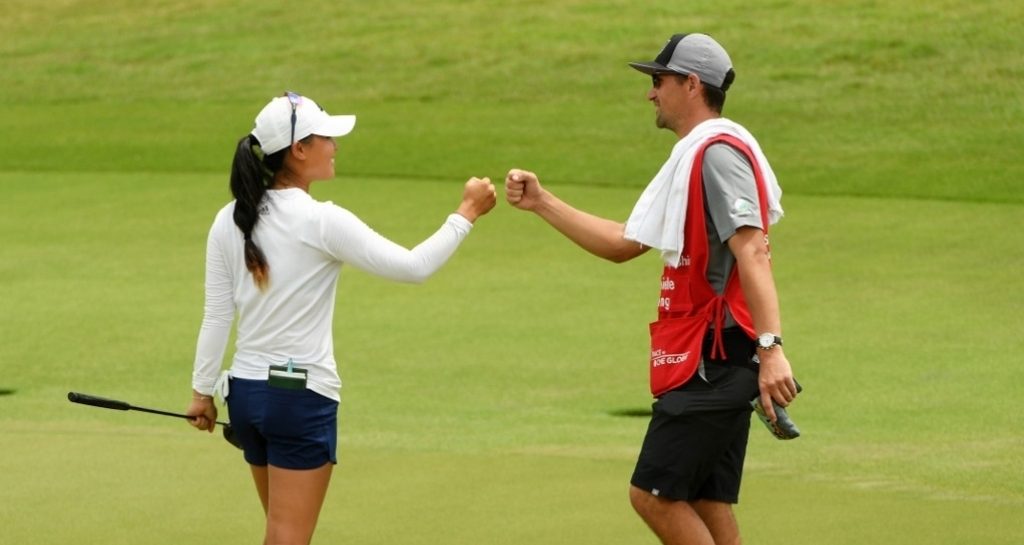 Danielle Kang will take a four-shot lead into the weekend at the HSBC Women's World Championship after tearing up the course on Friday.

The American carded a bogey-free eight-under-par 64 to take her total to 12 under par at Sentaso Golf Club after the second round.

Kang made news on Thursday when it was revealed that she had mysteriously injured her tooth after falling asleep during stretching exercises. She woke up with a pain in her mouth.

"I broke my tooth. I fell asleep during stretching. I don't know what's going on," the American said. "I was stretching out on the floor and next thing I know, I slept 30 minutes.

"I broke a tooth. Call the dentist on range. It's all good."

.@daniellekang is bogey-free through 36 holes, ties the 18-hole tournament record & has the current lead!

The dental mishap hasn't harmed her game one bit, however. Kang has yet to make a bogey in Singapore this week, and has drained 11 birdies in total to find herself in a very strong position heading into the weekend.

Kang's closest challengers are fellow Americans Nelly Korda and Marina Alex, who shot rounds of 66 and 67 respectively to share second place on eight under par.

A shot further back are Minjee Lee, Cristie Kerr and Chella Choi.