First round of LPGA’s Texas Classic is a wash-out 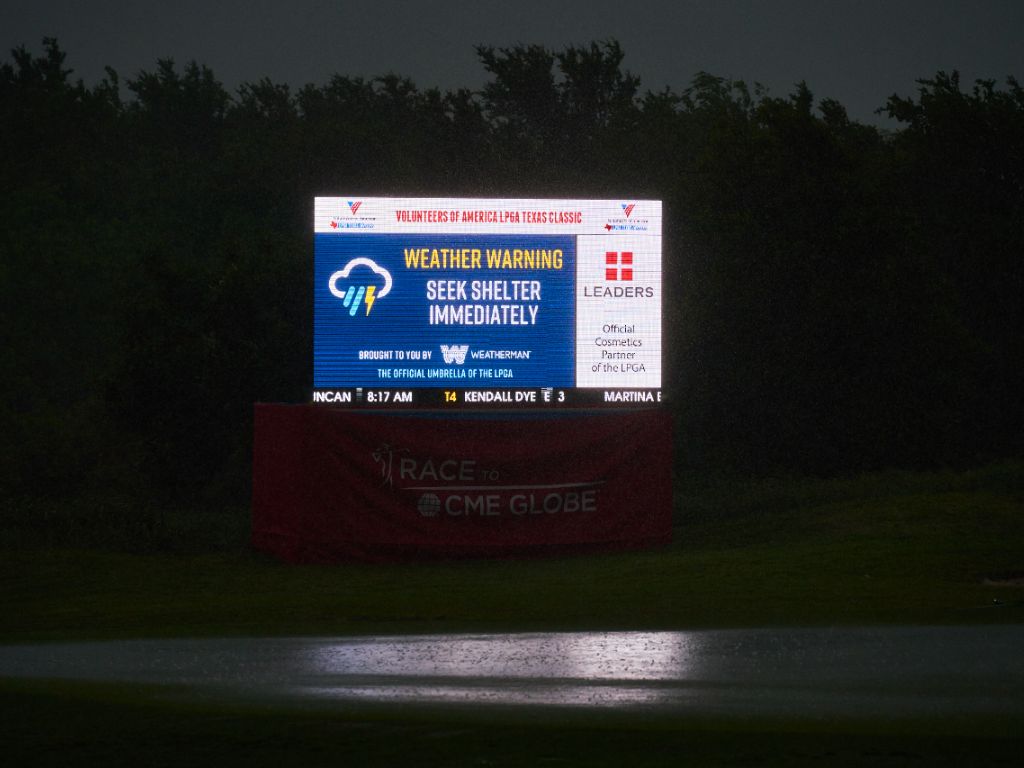 The opening round of the Volunteers of America Texas Classic was wiped out on Thursday after unplayable winds at the Old American Golf Club.

Gusts reached more than 30 mile an hour, in Dallas, with balls blowing as far as 15 feet on the greens.

Rain and lightning started mid-morning and continued into the early afternoon, before officials finally decided to call a halt to the day’s play.

Hats off to @KayCockerill for keeping her cool during this windy interview with LPGA Rules Official Marty Robinson @VOATexasLPGA pic.twitter.com/aiaJFzPzjl

The scores from the early morning have been wiped out, when there was around an hour’s play in the extreme conditions.

Play is due to restart around 7am on Friday.