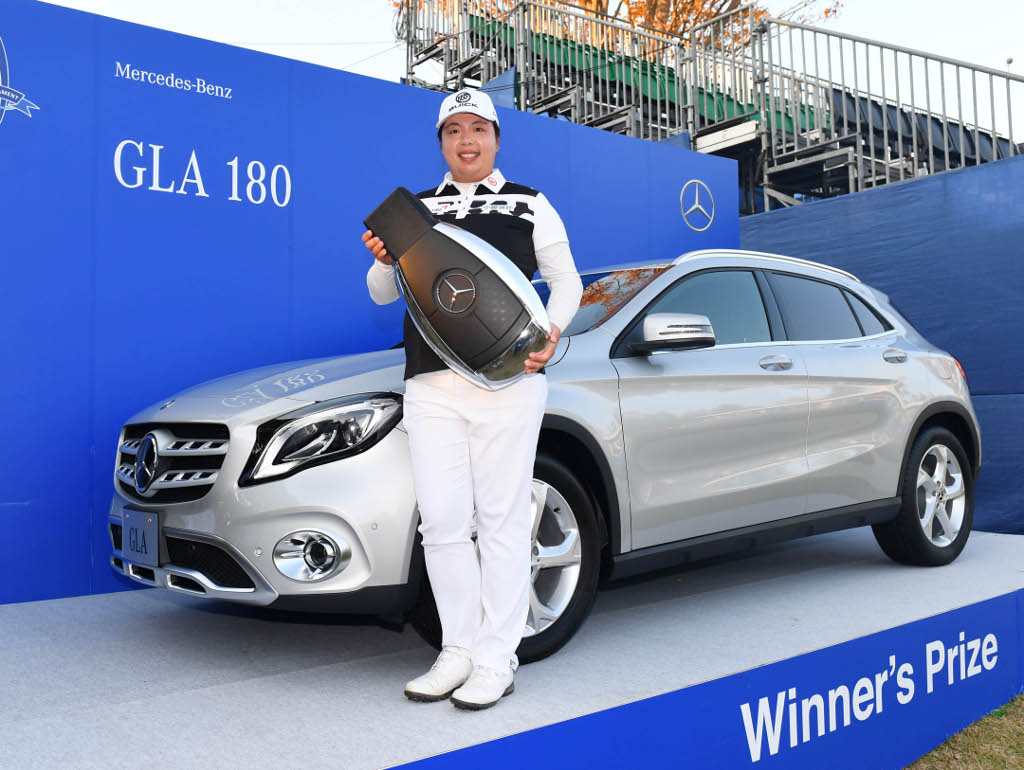 Shanshan Feng of China captured her second straight LPGA TOTO Japan Classic after finishing two strokes clear thanks to a final round four-under-par 68 on Sunday.

Feng finished two shots ahead of Japan’s Ai Suzuki, who fired a final-round, four-under-par 68. In third was Sweden’s Anna Nordqvist, who shot a 66.

The World No 4 said it was mission accomplished after the win.

“That was my goal, before I started the week, to defend my title. My caddie told me: ‘This week, you’re going to be first. Two weeks ago, you finished third. Last week, you finished second, so you know what comes after that… first.’ I was like, OK, let’s go for it,” said Feng. “Here I am, and I’m really happy.”

The 2017 TOTO Japan Classic victory marks Feng’s second win of the season, following her one-shot triumph at the LPGA Volvik Championship in May.

Feng's final round started off a bit shaky when she bogeyed two of her first three holes. But she then settled and was four-under par through her final 11 holes. It turned into a match-play situation with Japan’s Suzuki, who had a chance to leapfrog Feng through the back nine, but any time Suzuki made a birdie, it seemed as though Feng would answer with one of her own.

Suzuki couldn’t capitalize on her opportunities late in the round, and a bogey on the final hole sealed the win for Feng.

The highlight of Nordqvist’s round was a hole-in-one on the par-3 third. To go along with two victories, this marked her sixth top-10 finish of the season.

Lizette Salas finished at 13 under after firing a four-under 68. Her fourth-place finish was her fourth top-five result in her last five weeks.

Seven golfers finished at 12 under and tied for fifth, including Moriya Jutanugarn, who notched her fifth top-five of the year, and Lydia Ko, who recorded her fourth top-five in her last seven events.

World No 1 So Yeon Ryu said she would be taking next week off in order to rehab her still-injured shoulder as she makes a push for Player of the Year honours.