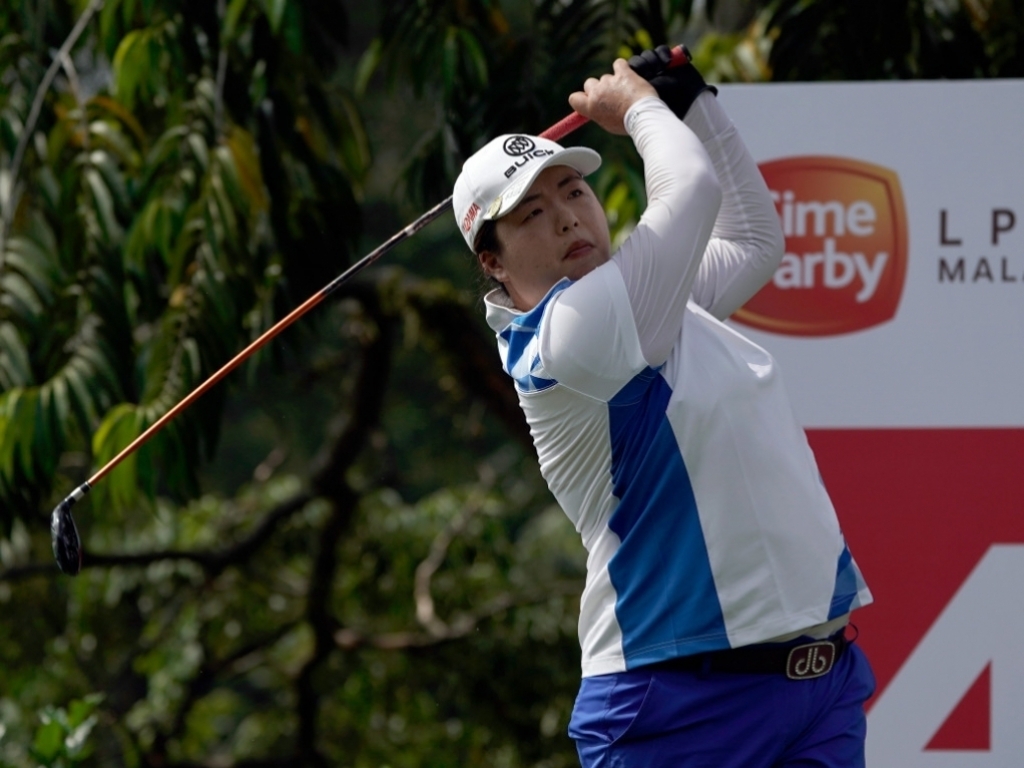 Shanshan Feng has a one stroke lead at the halfway point of the Sime Darby LPGA Championship following her round on Friday.

The Chinese star carded a sizzling six under 66 around TPC Kuala Lumpur, enough to take her to 11 under for the tournament, one shot ahead of Swede Madelene Sagstrom who is in solo second.

Feng, a two-time winner at the event, is yet to card a bogey after 36 holes. There was a several hour long weather break during Friday's round, but Feng returned to the course unperturbed, draining three birdies on her way to the outright lead.

There was also an incident with Sei Young Kim, who was in contention for the lead, but received a two shot penalty after removing a leaf in a bunker.

“Honestly, I thought I could move the leaf, but it's not a factor, the leaf behind my ball,” explained Kim.

“Then I just picked up the leaf and then throw some air. Then someone came to me and asked did you move the rock or leaf. I moved the leaf. It’s not a big deal, we have two more rounds.”

Opening round leader Lydia Ko could not continue her form, with four bogeys leading to a one over 72, leaving her on six under and tied for sixth behind America's Danielle Kang.