Feng in front for final round in China 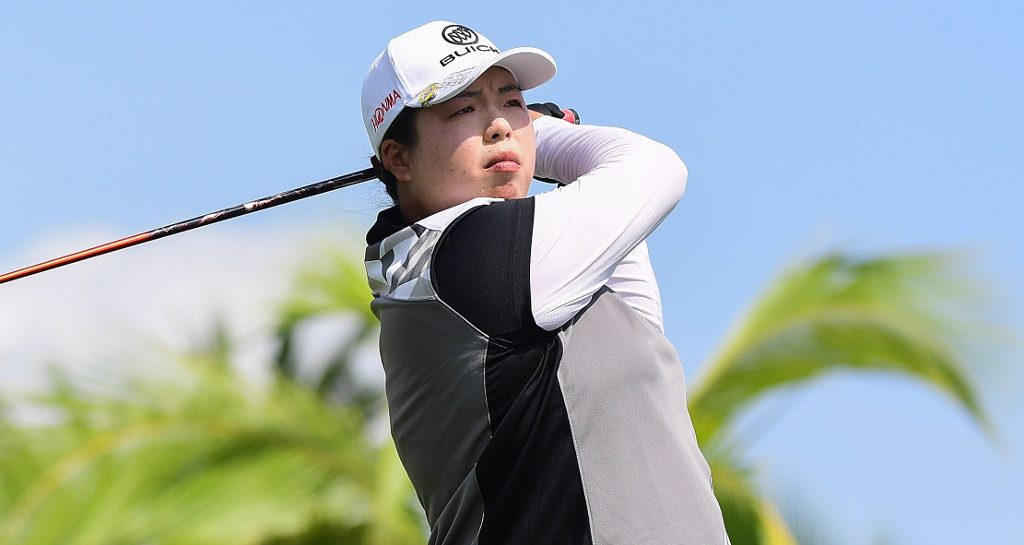 Shanshan Feng is pole position for her second win in as many weeks at the Blue Bay LPGA this weekend.

The Chinese native carded a third round one over 73 on a tough day of scoring at Jian Lake Blue Lake Golf Club, which moved her to seven under for the tournament, one ahead of Thai star Moriya Jutanugarn.

The windy conditions saw Feng endure a checkered round, with three birdies and four bogeys on the card.

“Overall, I'm happy with my performance today,” said the 28-year-old after the round.

“Given that today was actually very, very windy, I really held up ground, especially with my approach shots to the greens. Obviously I made a lot of mistakes, and I had a lot of recovery shots as well. But overall, I'm happy with the past three days' performance.”

One shot back is Jutanugarn, who’s four under 68 moved her to six under for the event and a real chance to earn a maiden LPGA Tour win.

Overnight leader Ashleigh Buhai could not tame the trying conditions, posting a four over 76 to fall to solo third on five under, two off the pace.

Meanwhile, world number one Sung Hyun Park is on four under and could lose her ranking to Feng should she claim the silverware on Saturday.