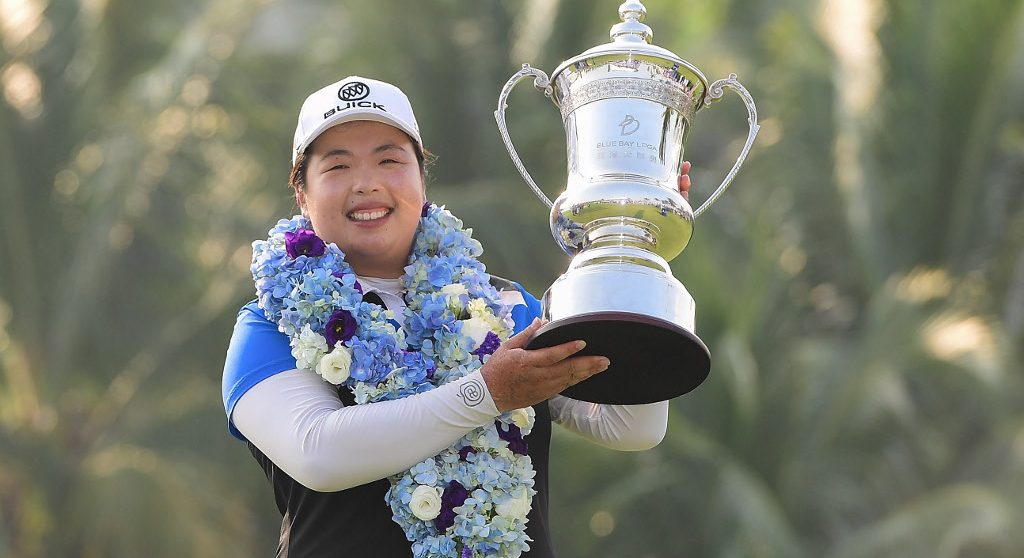 Shanshan Feng won for the second time in as many weeks as she edged to a one stroke win at the Blue Bay LPGA on Saturday.

The Chinese native signed for a final round two under 70, enough to take her to nine under for the tournament, one stroke ahead of Moriya Jutanugarn.

The Thai superstar had a birdie attempt on the final hole, but it lipped out, preventing a playoff and handing Feng her tenth career LPGA title.

With a superb couple weeks on the course, Feng will ascend to the top of the world rankings when they are released on Monday, becoming the first golfer from China to do so.

After her win at #BlueBayLPGA @shanshanfengCHN is projected to move to Rolex Rankings World No. 1! She would be the first player, male or female from China to do so! pic.twitter.com/Sm6hrVdlNl

“I'm really, really excited and very proud of myself and I think it's special because I won this tournament to become world number one,” said the 28-year-old after the round.

“I finished first in China, so I actually claimed the world No. 1 in front of all the people at home. I'm really happy about that, and I hope all the Chinese are going to be watching me and the Chinese can play golf. Hopefully there will be more Chinese getting on the tours and more world No. 1's coming up from China.”

Further down the leaderboard, halfway leader Ashleigh Buhai would settle for T3 on four under with Jessica Korda and soon to be former world number one Sung Hyun Park.