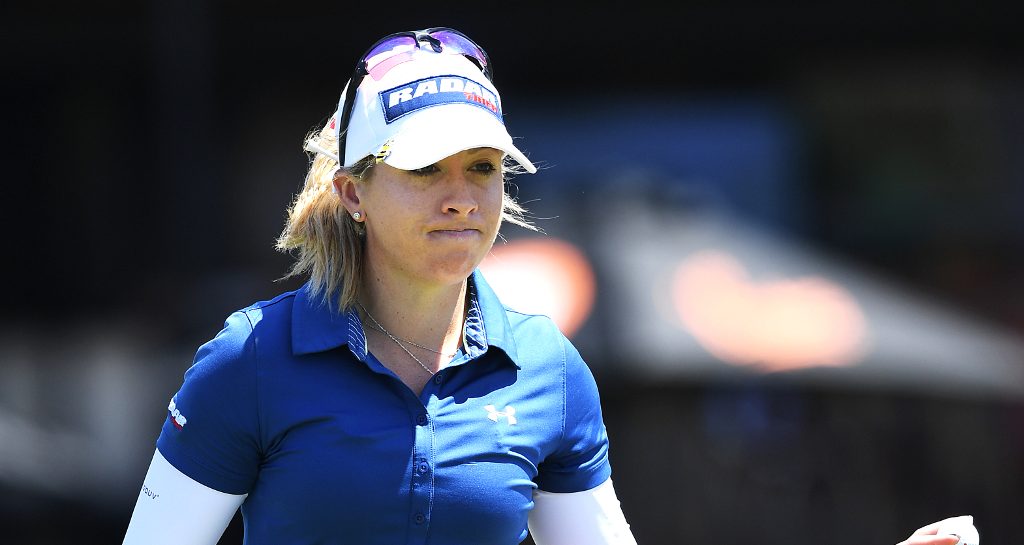 Ewart Shadoff was the first to reach the mark in the morning after draining five birdies on her front nine before adding two more after the turn in her bogey-free round.

“Obviously to get off to a good start is always nice,” said the 2017 Women’s British Open runner-up.

“I played really steady today. It was perfect conditions this morning. So I hit some really close shots and holed some good putts, so it was a good day.”

Despite a top-10 finish at last week’s Vic Open, Ewart Shadoff was not happy with her putting in the final round, and so was pleased with her response in her first round at Kooyonga Golf Club.

“Last week I didn’t putt well, especially on my last day, so I worked a little bit this week on my putting and it seems to have paid off,” she said.

“I feel really confident with my ball striking. After last week, I just wanted to do a little bit of work on my putting. And I feel much better today and much more confident.”

Ewart Shadoff looked set to hold the lead all on her own before Hsu mounted a brilliant late charge in the afternoon, adding five birdies on the back nine that included a superb chip-in from off the green on the par-4 16th.

The duo hold a two-shot lead over three others – Madalene Sagstrom, Bronte Law and Aussie veteran Karrie Webb, who thrilled the local crowds with her well-played 67.

“I hit some good shots and saw some putts go in, so I felt really comfortable there for about 11 holes,” said the four-time Australian Open champion.

“Then it got a little scratchy there through the middle, but I hung in there and managed to birdie the 8th, my second last hole, which is a nice way to finish.”

It was not a good day for World No 1 Ariya Jutanugarn, who finds herself way off the pace after a less than stellar four-over 76.