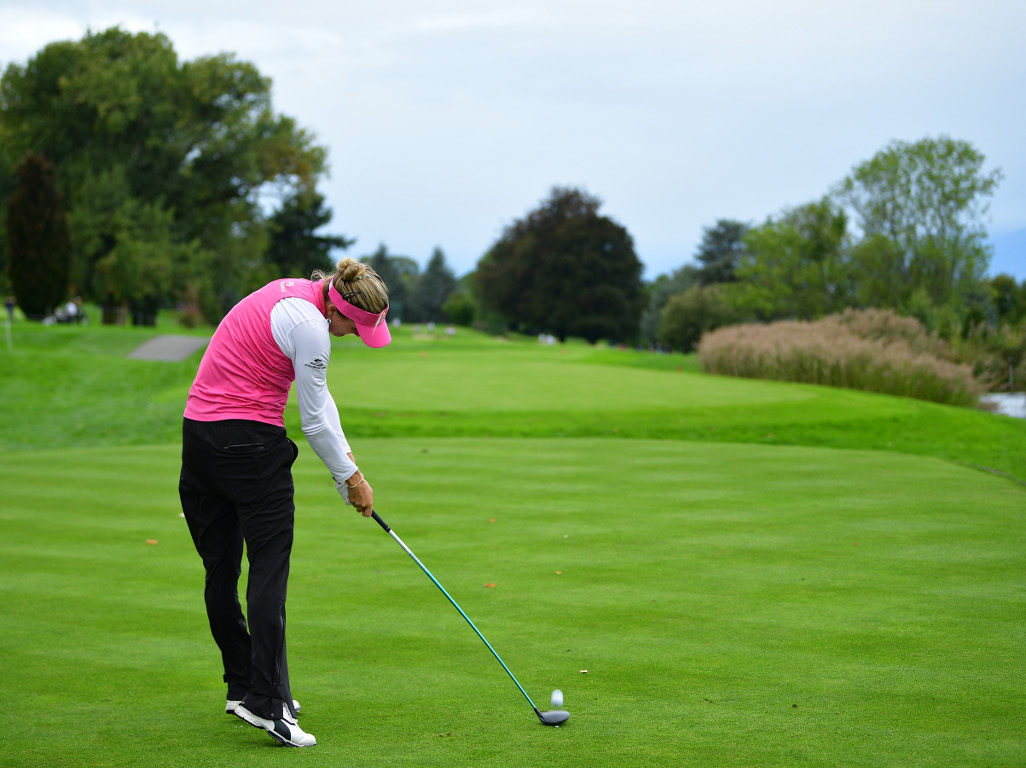 Significant rain and high winds lead to the cancellation of day one of the Evian Championship.

Additionally, with more inclement weather predicted for the weekend, the final major of the year has also been reduced to 54 holes.

The leaders struggled to the eighth hole while the majority of players had yet to tee off when play was called off mid morning at Evian-les-Bains in France.

☔️ 💨Play has been suspended due to severe weather conditions. We will keep you posted when play resumes! pic.twitter.com/Bue5KI2B5C

“While we did not make this decision lightly, we believe that this is the right decision – to have the fairest, most competitive tournament for all players in this field,” said LPGA Commissioner Mike Whan.

“We are happy and encouraged with how well the golf course is handling the weather, and it should set up for another amazing Evian finish.

“The good news is the golf course is draining like never before, we really like what’s going on with the greens and fairways. But with the hills and caddie bags, today we were worried about safety, everything is pretty saturated and if somebody goes down it’s not going to be a great experience.”

The tee times for Friday will be the same as thursday and the cut will take place on Saturday night.