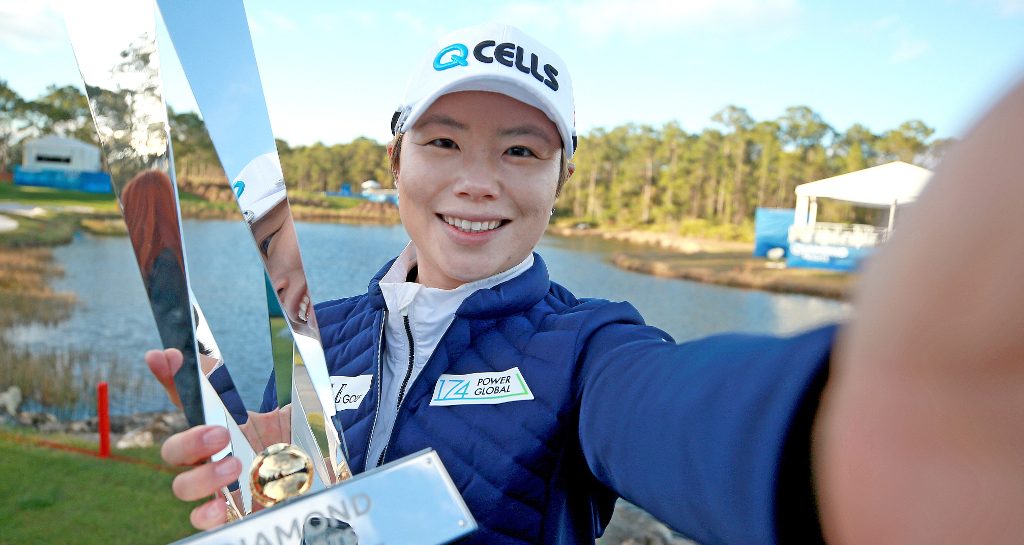 On a day when strong winds made life tricky for the players, Ji held her composure to card a one-under-par 70 in the final round at Tranquilo Golf Course for a winning total of 14-under 270.

“My goal was to play until I was 30, but I love playing out here,” said 32-year-old Ji, who looks like she will carry on playing for some time. “It was really fun.”

Eun-Hee Ji battled the weather conditions and a slow start to earn a victory at the @diamondresorts Tournament of Champions.

Watch her final round highlights below! ⬇️ pic.twitter.com/IUuYHnvcUk

All eyes were on former World No 1 Lydia Ko, who held a share of the lead overnight, and current World No 1 Ariya Jutanugarn, who was in striking distance of the lead, but as it turned out both players had a day to forget.

Ko carded a disastrous six-over 77 to finish seven shots off the pace, while Jutanugarn finished ever further back after a 75.

Ko finished particularly badly, losing five strokes in her last six holes, but afterwards chose to take the positives from the week as a whole.

“The more times you’re in contention, the more comfortable you are being in that position,” she said.

“It wasn’t easy out there today, and I missed a few short putts I should have made. But there are a lot of positives I can take from this week. Apart from three or four holes, I played the other 68 holes really well.”

Brooke Henderson was another big name who struggled with the windy conditions, signing for a final-round 75 to finish six back alongside new mom Stacy Lewis.

Second place ultimately went to Mirim Lee after her impressive closing 68 saw her finish two strokes back, while Nelly Korda was third a further shot behind after a 71.