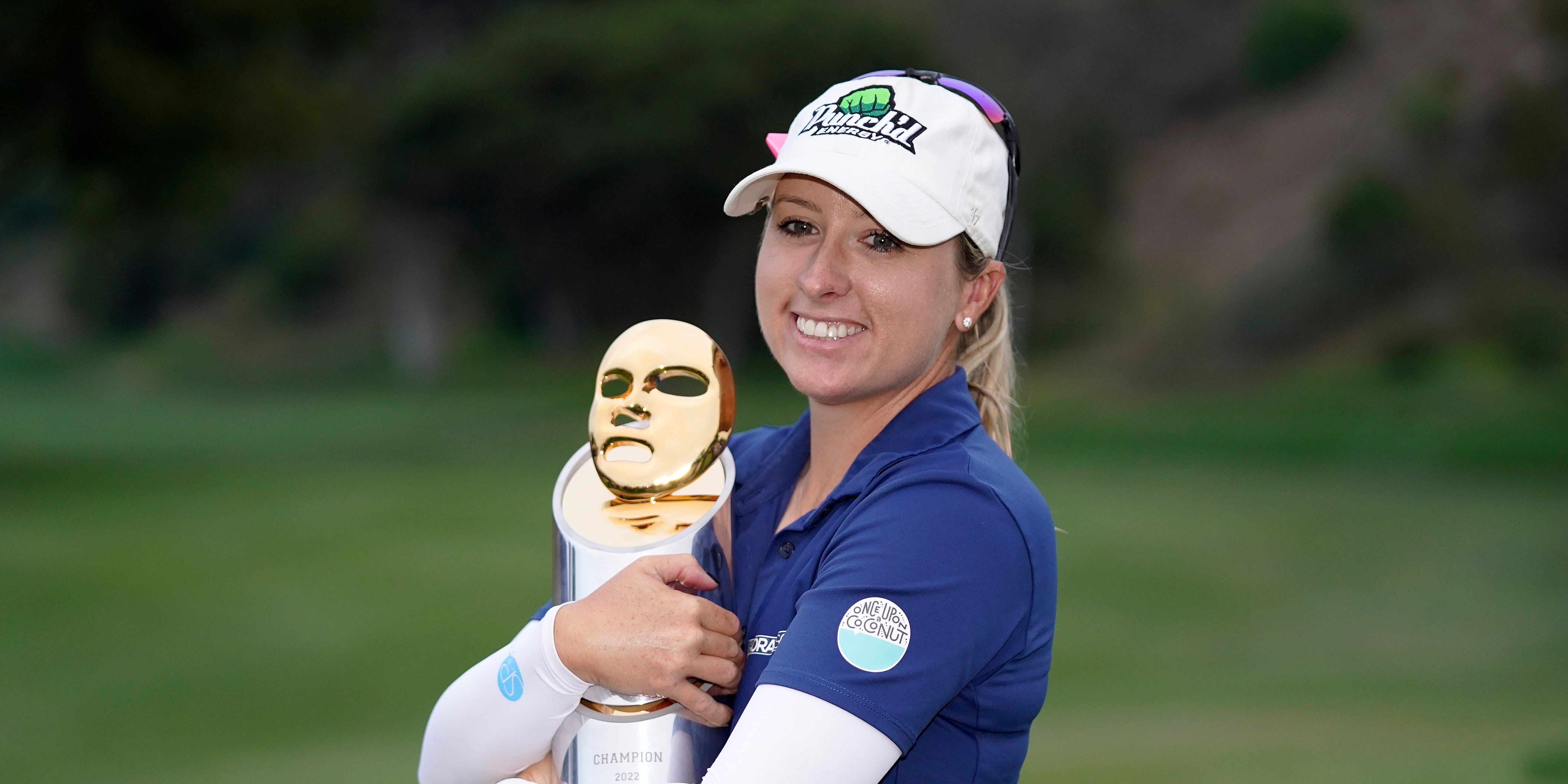 Having entered the final day at The Saticoy Club with a four-shot lead, a nervous start left the 34-year-old with plenty of work to do to claim her maiden tour title.

But after splitting two bogeys with a birdie on the front nine, Ewart Shadoff was able to pick up shots on the 12th and 14th holes to regain her advantage headed into the home stretch.

She then held her nerve on the run home, with four straight pars and a round of 71 enough to claim victory with an overall score of 15 under.

“I didn’t know if this moment would ever come. I’m just really grateful for everybody who’s on my team.

Japan’s Yuka Saso finished runner-up on 14 under, while Ewart Shadoff’s compatriot Georgia Hall finished tied for third on 13 under.