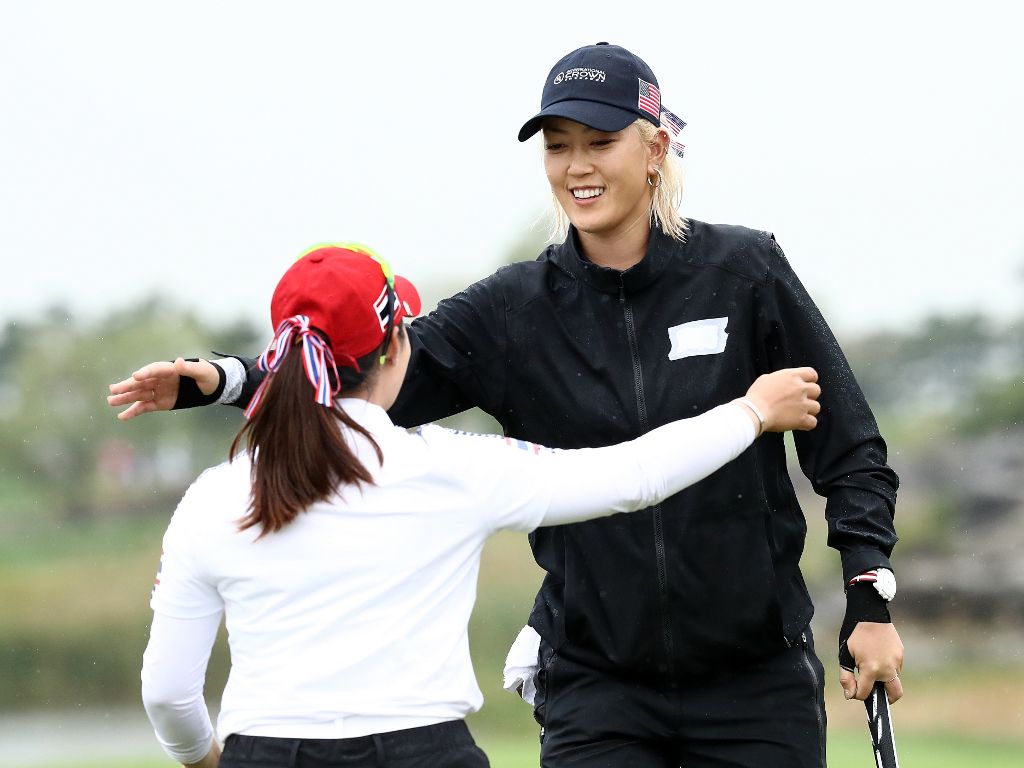 Hosts South Korea ruled the roost on day one of the LPGA’s UL International Crown, but England and the USA stole the show on Friday to take the lead in their respective pools.

England now lead Pool A of the team-based international match play competition with seven points after winning both of their matches in Friday’s second fourballs session.

Team #ENG with Jodi Ewart Shadoff and Bronte Law proved that they are a dynamic duo as they defeated Team TPE with Candi Kung and Phoebe Yao during Round 2 @ULIntlCrown.

That took the English team to seven points, one point ahead of second-placed South Korea in Pool A.

The Koreans led the way after the opening day but surrendered the lead after Sung Hyun Park and In-Kyung Kim were beaten 3&2 by Australia’s Su Oh and Katherine Kirk.

So Yeon Ryu and In Gee Chun did win their match against Minjee Lee and Sarah Jane Smith, however, to leave them just one point behind England.

Over in Pool B, the USA moved into top spot with six points after a pair of big wins over Thailand.

Here are the highlights​ ==> pic.twitter.com/SDczPzzHoX

“On the holes where I was out, she [Jessica] was good. On the holes where she was out, I was good, and it was pretty good chemistry out there this morning,” Wie said. “Even after yesterday, we were testing each other and we were just extremely proud for not giving up, and for getting to 18. I think that helped a lot.”

Sweden lie in second place in Pool B with four points after a win and loss for them in the second session.

Friday’s action was delayed and disrupted due to rain, leading to play eventually being suspended due to bad light with all of the matches in the third fourballs session still to be completed.

Here's where things stand when when play was suspended @ULIntlCrown.

We'll keep you updated on the current #TyphoonKongRey situation and how it will effect play. pic.twitter.com/zqLaGUfVmI

The latest projections for Tropical Storm Kong-Rey have the Jack Nicklaus Golf Club Korea receiving the heaviest rains between 3:00 a.m. and Noon on Saturday. The golf course will be closed to spectators all day on Saturday to allow the golf course staff to prepare the course for competition. The earliest possible time that play will resume is 2:30 p.m. on Saturday.