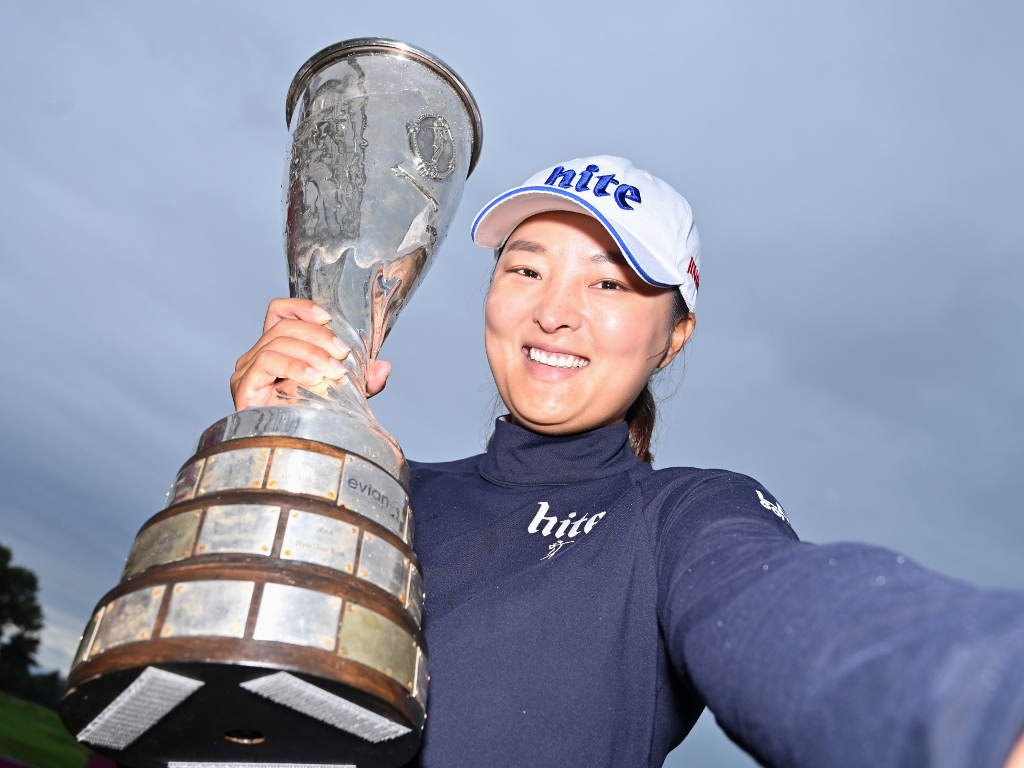 Jin Young Ko held her nerve to win the Evian Championship in France on Sunday evening.

The South Korean clinched her second major title of the year when she fired a four under around a soggy Evian-les-Bains, earning her a two stroke win over Shanshan Feng, Hyo Joo Kim and Jennifer Kupcho, who all tied for second.

The victory, however, came somewhat at the expense of her friend and playing partner Hyo Joo Kim. Her fellow South Korean was the overnight leader and was playing consistent golf to keep the chasers at bay, a second major title seemingly within her grasp.

But it all fell apart on the par three 14th.

Kim’s pulled tee shot plugged in the bunker close to the lip and her attempt to blast it out resulted in the ball rolling back into her footprint. Finally, Kim got out with her third but only reached the fringe. Clearly shaken by the prospect of the title slipping through her fingers, she went on to three-putt and scribbled down a triple bogey.

Meanwhile, Ko had tapped in for par on the same hole and the three shot swing saw her lead the field by two. She gave herself more of a cushion with a clutch birdie on the 17th and played the last conservatively to seal the win.

“I thought last night I can do,” said the 24-year-old, who moves back to world number one on Monday.

“If play really good I can win. So I will try to focus on my game. I never saw other players shots or scores. It’s good to me, so I got win.”

In just her eighth LPGA start, Kupcho was pleased with a T2 finish that was aided by a superb 66 on Sunday.

“I definitely played really well this week, and it’s exciting to see that I can compete where my game is right now. Excited for the rest of the season.”

Further down the leaderboard, former world number one Arya Jutanugarn finished alone in fifth, four shots back, while her sister Maria was tied for sixth with Sung Hyun Park.