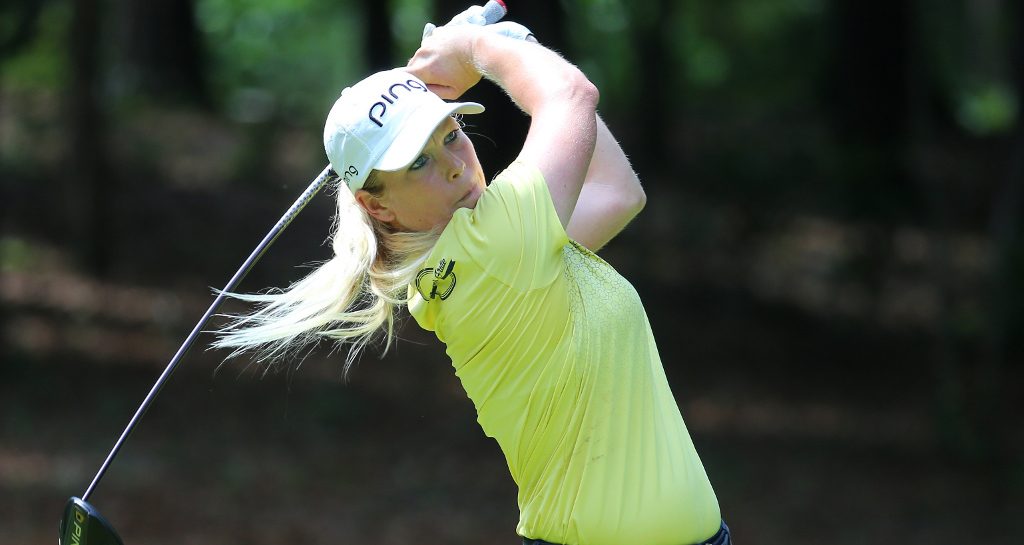 Bronte Law and Jennifer Song still lead the LPGA’s Pure Silk Championship after the second round, but were joined by Jacqui Concolino.

Concolino was paired with her good friend Song for the second round at Kingsmill Resort in Williamsburg, Virginia, and the two Americans said they fed off each other as they grabbed a share of the lead on nine under par.

Round 2 at the @PureSilkChamp left us with three players tied for the lead in Virginia.

Check out the best shots from a day filled with birdies and eagles!

Song said: “I managed to make great scrambles here and there and just made a couple of birdies coming in. Very happy about my round.”

The duo are joined at the top by England’s Law, who added a 68 to her opening 65 to also finish the day on nine under.

“It was a battle,” said Law, who had six birdies and three bogeys.

“Seemed to feel like every time I would make a birdie and try and build on it I would have an unforced error a couple of holes later and make bogey and be back to where I started.”

All three of the leaders are seeking a first LPGA title.