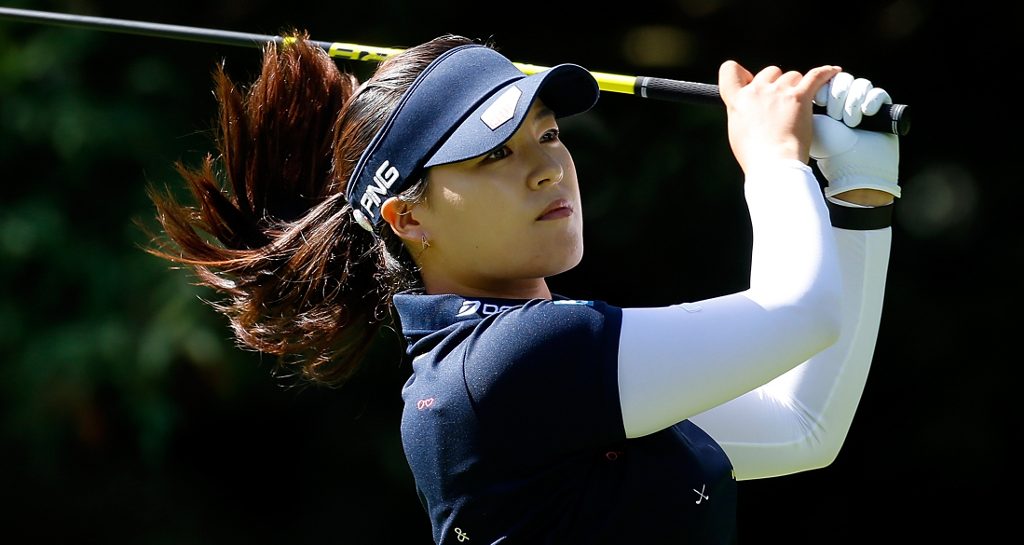 In-Gee Chun fired a six-under round of 66 on Thursday at the Cambia Portland Classic to take a one-shot lead over a group of five players including two-time defending champion Brooke Henderson.

The in form Chun carded seven birdies to recover from an early bogey, finishing her round with back-to-back birdies to grab the early lead.

Chun tied for third place last weekend at the Canadian Pacific Open after holding the lead going into Saturday.

The South Korean has just two titles to her name on tour so far  – the 2015 US Women’s Open and the 2016 Evian Championship, but has been a runner up on four occasions already this season.

Talking of her recent form after the round, Chun said: “I have not been able to win, but I think it was a strong finish,” Chun said. “Sometimes I had small stress from that part. … Just keep going, enjoying the process.”

Henderson, meanwhile, fired six birdies and a bogey to finish with a 67 alongside Thailand’s Moriya Jutanugarn, Nasa Hataoka of Japan, Amercians Cheyenne Woods and Cindy LaCrosse, and Denmark’s Nicole Broch Larsen, who finished tied for third along with Chun last weekend.

“Just playing here I have so many incredible memories from two years ago, last year, and I just try to feed off the energy and adrenaline that I felt over the past couple years,” said Henderson.

World number one So Yeon Ryu shot an opening round 74 to finish two over, while playing partner Lexi Thompson fired a 68 to lie in a tie for eighth position along with nine other players.