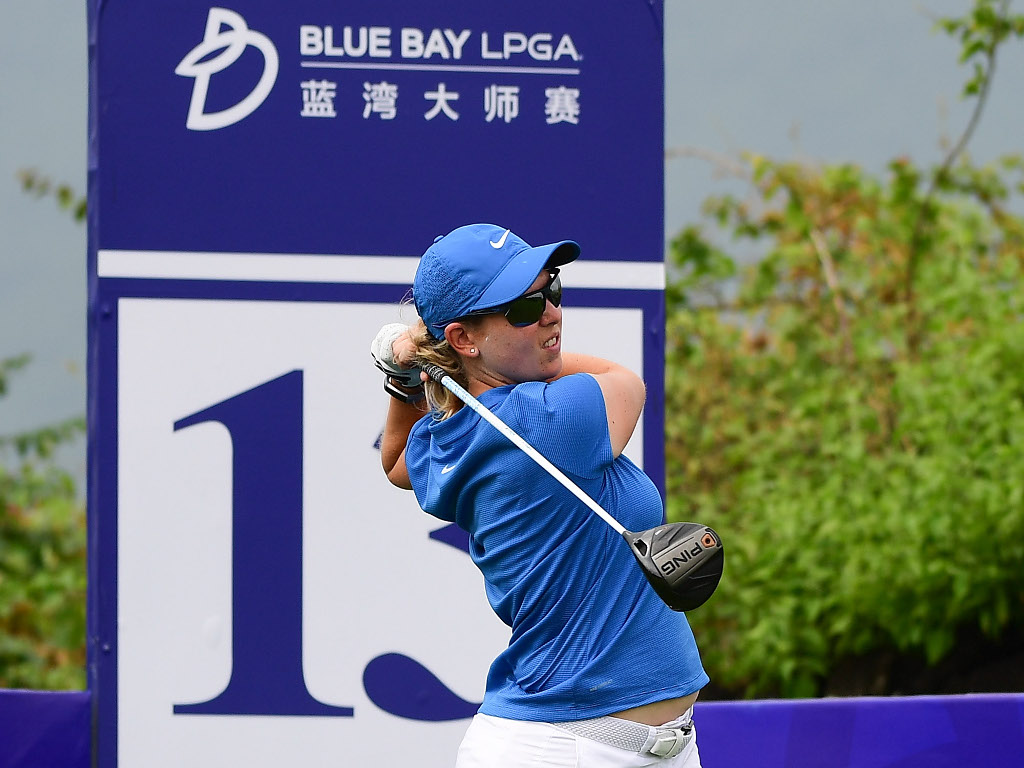 Ashleigh Buhai has a one stroke lead at the halfway stage of the Blue Bay LPGA after a sizzling back nine on Thursday.

The South African carded a four under 68 around Jian Lake Blue Bay golf course, taking her to nine under for the tournament, enough for a one shot lead ahead of last week’s winner and local hopeful Shanshan Feng.

Buhai – who is still searching for her first win on the LPGA Tour – took advantage of the soft greens after the rain to roll in four birdies on the back nine, sending her to the top of the leaderboard.

“People told me the greens were tough and very undulating,” said the 28-year-old after the round.

“In my practice round, they played very firm but luckily the rain yesterday softened them a little bit. So they are very tough if they are firm, but today they were a little more receptive which helped to get it closer.”

.@ash_simon finishes her 2nd round off with a birdie and the outright lead at 9-under! #BlueBayLPGA

Buhai has notched up a runner-up finish and a T5 this year but admits that a maiden LPGA victory is important to her.

“Obviously every week you enter, you want to win, but we’ve got two days to go,” added Buhai.

“There are a lot of good players obviously playing this week. I came close this year…I found this week I was trying to do the same thing with my putting that I did that week, and it showed today. So if I just keep that going, hopefully I’ll have a chance on Sunday.”

World number three Feng signed for a round of the day five under, despite dropping a shot on the par four 15th.

Further down the leaderboard, first round leader Sun Young Yoo dropped to third on five under after a disappointing two over 74 while America’s Lizette Salas is alone in fourth on four under.