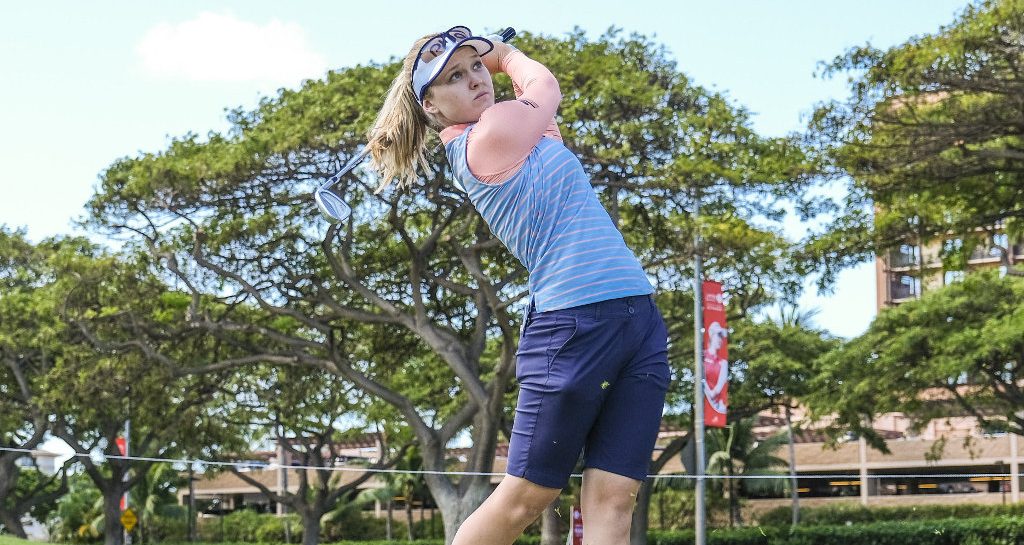 Defending champion Brooke Henderson moved into a share of the lead at the LPGA’s Lotte Championship in Hawaii on Friday.

The 21-year-old Canadian won the sixth of her seventh LPGA titles to date at last year’s event, and now finds herself in a strong position to defend her title after a third-round 69 left her tied for the lead with Nelly Korda.

Korda shot 71 at a breezy Ko Olina Golf Club to join Henderson at the top on 14 under par.

#MovingDay at the @LPGALOTTE set us up for an exciting final round in Hawaii tomorrow!

Check out all the best shots from an action packed day!

“It was really windy today,” said Henderson, who will equal Sandra Post for the most LPGA Tour wins by a Canadian with eight if she triumphs on Saturday.

“I really had to stay patient.”

Henderson had one birdie and one bogey on the front nine, but then made four birdies in a six-hole spell after the turn to soar into the lead, before a closing bogey at the 18th saw her fall back into a share of the lead.

Korda rolled in birdies at the 12th, 14th and 16th before also dropping a stroke at the last.

The duo lie just one shot clear of Australia’s Lee Minjee and second-round leader Eun-hee Ji of South Korea, who had rounds of 70 and 74 respectively.

Former World No 1 Ariya Jutanugarn follows in fifth place a further shot back after making her move with a best-of-the-day 66, while another South Korean, Hyejin Choi, is two strokes further adrift in sixth after a 70.