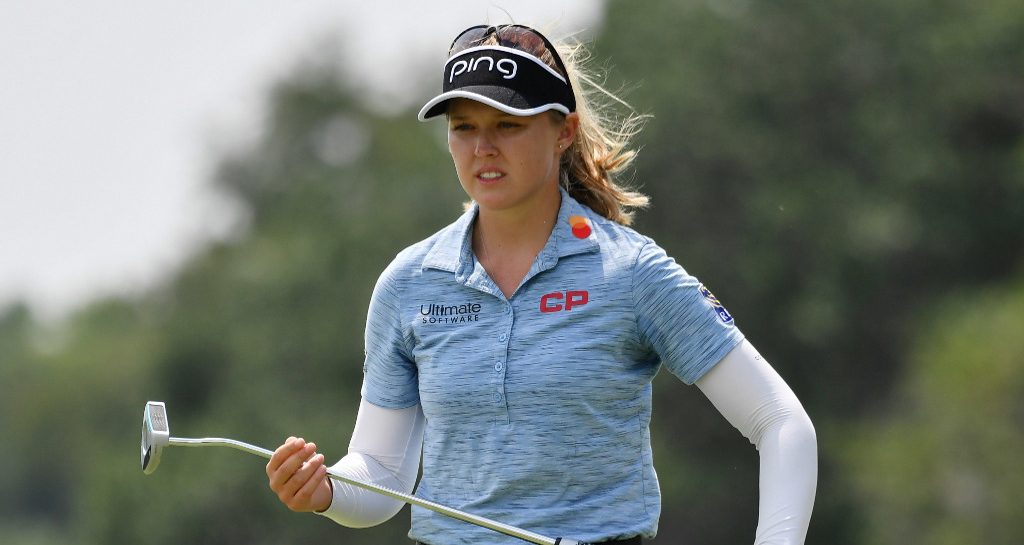 Brooke Henderson clinched the ninth title of her impressive young career with a one-stroke victory at the LPGA Meijer Classic on Sunday.

Most impressively of all, she’s achieved the feat while still only 21 years old.

It was Henderson’s second title of the year following her earlier triumph at the Lotte Championship in Hawaii in April.

A two-under-par 69 in Sunday’s final round at Blythefield Country Club in Grand Rapids, Michigan, proved just about good enough to hold off Australian Su Oh, Japan’s Nasa Hataoka and Americans Brittany Altomare and Lexi Thompson, who all finished in a tie for second place just one shot back.

.@BrookeHenderson fought off a number of players charging up the leaderboard to secure her ninth career @LPGA Tour victory.

“You know, earlier this year to get my eighth win and to tie that record was a huge deal for me,” said Henderson, who made two clutch pars on 17 and 18 to hold on for victory after a bogey at 16 set up a tense finish.

“To now kind of break through that is awesome and I’m just really excited for the rest of the summer and hopefully many more wins in the future.

“When I was walking up [18] I thought maybe I would have to birdie or eagle this hole to get the job done, but when I looked at the scoreboard I was sort of shocked that all I needed to do was three-putt and par. So I’m really grateful about that because I was shaking pretty bad on those last couple putts.”