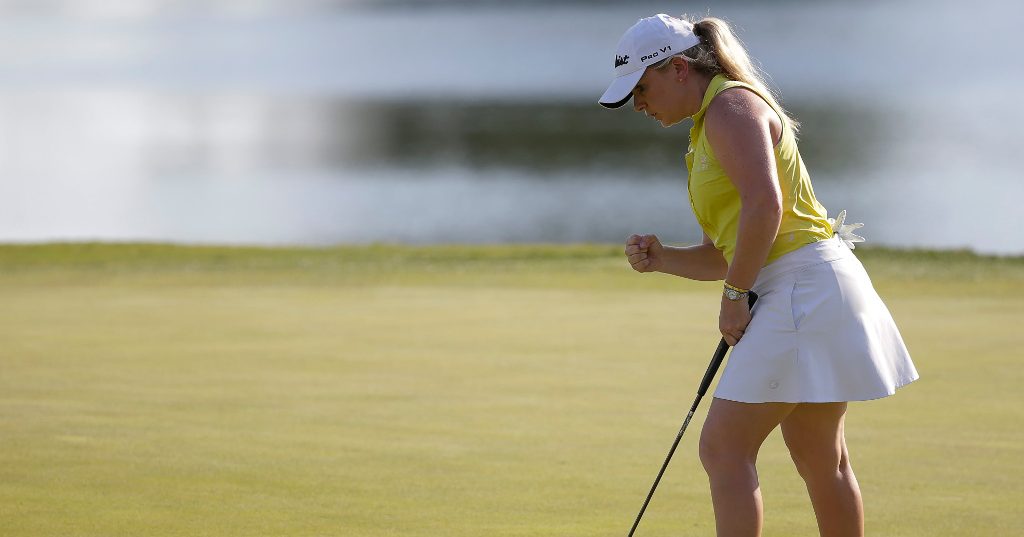 Bronte Law and Nasa Hataoka will share a one stroke lead going into the final round of the Pure Silk Championship on Sunday.

Law would sign for a four under 67 around the River Course at Kingsmill Resort in Williamsburg, Virginia, enough to take her to 13 under for the tournament.

The English player, who lead through the opening two rounds, was three under when she stepped onto the 18th tee. After a superlative iron shot into the 18th green, she rolled in a final birdie to tie with Hataoka.

“I led from the start and I kind of wanted to continue that, so that was huge to keep that going,” Law told lpgatour.com.

“That was really my goal when I teed it up on 18. I’m glad that I could finish the round that way going into tomorrow. Obviously, winning is everything, right? That’s why we play this game. I’m going to do my very best to go out and get the win.”

"I'm pretty pleased with how I played. I hit the ball really well today."@brontemaylaw has had a share of the lead after each round at the @PureSilkChamp. She'll be looking for her first @LPGA Tour victory tomorrow.

Earlier in the day, Hataoka shot up the leaderboard with a sizzling six under 65. The only blemish on her card was bogey on the par four 14th, which she quickly cancelled out with an eagle on the next hole.

“I wasn’t thinking about where I was going to get a bogey or anything like that, so when it came, it came,” said the Japanese player.

“Then I just cleared it.”

However, it is still tight at the top in Williamsburg, as five other players are within four shots of the lead.

Eight-time LPGA Tour winner Brooke Henderson is one stroke behind after her impressive 64, as is America’s Jennifer Song. A further shot off the pace is Spanish sate Carlota Ciganda on 11 under.