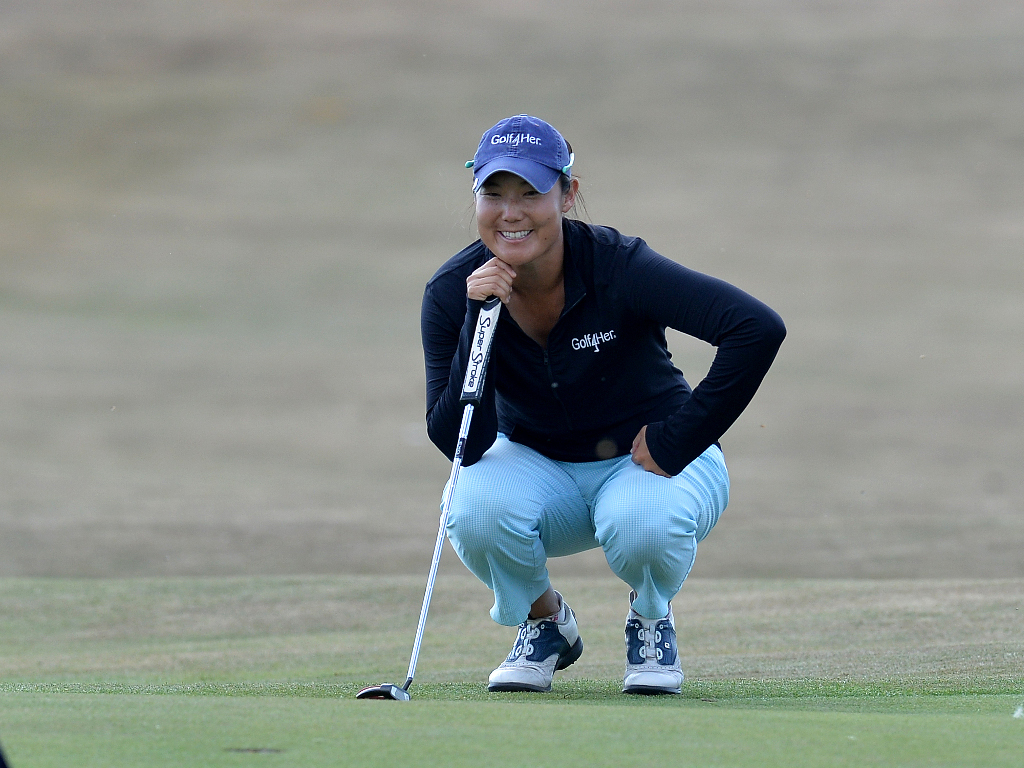 Tiffany Joh surfed her way to a sensational nine-under-par 62 to grab a four-shot first round lead in the Aberdeen Standard Investment Ladies Scottish Open at Gullane GC.

The 31-year-old American has been working this week with her short game coach, but he had been losing her attention and so he turned to the most important thing in her life: catching a wave.

“He started throwing in some surfing metaphors,” she explained. “He was like: who is your favourite surfer? Watch what their eyes are doing. That’s kind of what I was trying to do today.”

On at least two occasions her ball neared the hole less like a board and more like a yacht with a wet sail, bearing down on it’s target with perfect speed and unerring accuracy.

She had made four par breakers on the front nine and added another two to start the journey home, but on the 12th she landed an A-frame of sorts. To the surfer that’s a wave peak breaking left-to-right with perfect shape. To the golfer it’s a length-of-the-green birdie conversion, moving in the same direction. She drained another birdie from slightly closer to the hole at the 13th, this time it cambered right-to-left.

“I have a really bad memory,” she said. “But the first was about 60-feet and then I made the next one from about 48-feet.

“I putted amazing. That’s the only way I could describe it today. I didn’t hit it particularly well, but I missed in the right places and I had a hot putter.”

Reviewing her season so far the dry-witted Joh added: “Whenever I’m trying to describe my year to friends back home I basically say, ‘I’ve played pretty consistently, but just not consistently well.'”

The 62 was her career-low round on the LPGA and it earned her a first 18-hole lead. Three Koreans, Jenny Shin, Amy Yang and I.K. Kim, trail her on 5-under, with the latter warming up ahead of her defence of next week’s Ricoh Women’s British Open.

The home challenge is being led by 27-year-old Kelsey MacDonald from Nairn who used all her linksland wiles to post a flawless 4-under 67, two shots better than Catriona Matthew who has been a member of Gullane since she was 12-years-old.

Charley Hull led the charge from south of the border with another 67, closely followed by Bronte Law and Annabel Dimmock who carded 68s, and Wales’ Amy Boulden who joined Matthew in making a 69.

Sung Hyun Park, Ariya Jutanugarn and So Yeon Ryu, who can all regain the world’s number one ranking this week if results go their way, carded a pair of 67s and a 69 respectively.