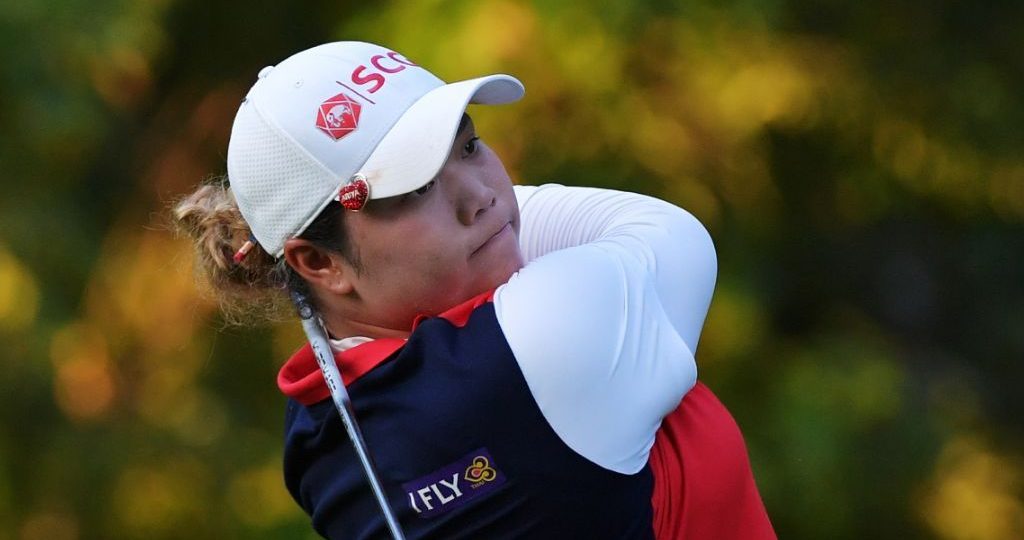 Ariya Jutanugarn will take a one stroke lead into the final round of the HSBC Women’s World Championship.

The Thai superstar signed for a flawless six under 66 around the Tanjong course at Sentosa Golf Club, tied for the round of the day and enough for a one shot lead over Minjee Lee who sits on ten under for the event.

Starting the day two strokes behind leader Amy Olsen, Jutanugarn picked her way around the course to roll in six birdies in her bogey free round. The world number one will play in the final group on Sunday with Lee, who signed for a five under 67.

.@minjeegolf makes this birdie putt on 9 to go out in 33 and moves to T2 with Ariya Jutanugarn and Inbee Park #HWWCGolf

“I think I played with her every single round, so it’s probably going to be four in a row with tomorrow. She’s fast and just good all around.”

Further down the leaderboard, England’s Jodi Ewart Shadoff is alone in third on nine under while host of players are locked on eight under, including second round leader Olson.