Amy Olson on the brink of major victory in France 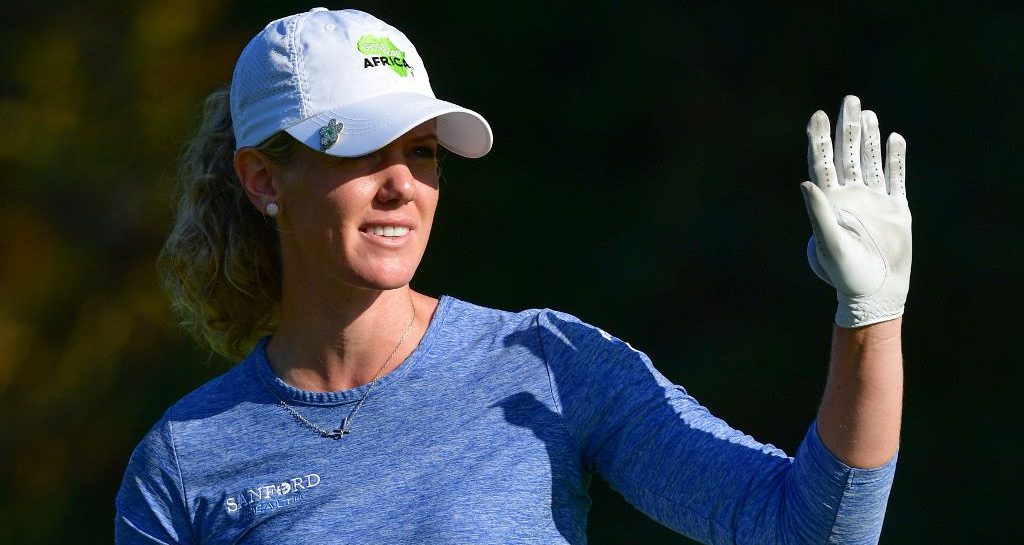 Amy Olson’s first professional victory could turn out to be at a major after she emerged from the third round of the Evian Championship with a two-shot lead.

The 26-year-old American started the day tied at the top with three others but ended it leading all on her own on 14 under par after a second consecutive 65 at Evian Resort.

A top 10 finish at the ANA Inspiration earlier this year gave notice of Olson’s talent on the big stage, and she’s given herself a great chance of turning that potential into a major victory come Sunday.

On Saturday, Olson started with a birdie at the first before picking up a superb eagle at the ninth to make the turn in 32. She then added three more birdies on the back nine without a single dropped shot to ensure she finished the day well on top.

Olson is unlikely to have things all her own way, however, with several talented players in the chasing pack.

Seven-time LPGA Tour winner Sei Young Kim lies just two shots back after a superb 64, and will certainly be fancying her chances of overhauling Olson in the final round.

Boasting five top 10 finishes in the majors already, Kim may feel her time has come.

Sei Young Kim has seven wins on the LPGA Tour, but has never won a major championship. Will this be her MAJOR time @EvianChamp?

Mo Martin lies a further two shots back in third place after a 69, while the trio tied for fourth on nine under – Inbee Park (67), Angela Stanford (68) and British Open champion Georgia Hall (68) – have work to do but certainly can’t be ruled out either.

Sharing seventh place a further shot back are Ryann O’Toole, Jeongeun Lee, Wei-Ling Hsu and Austin Ernst.
O’Toole rocketed up the leaderboard courtesy of the low round of the day, a 63.