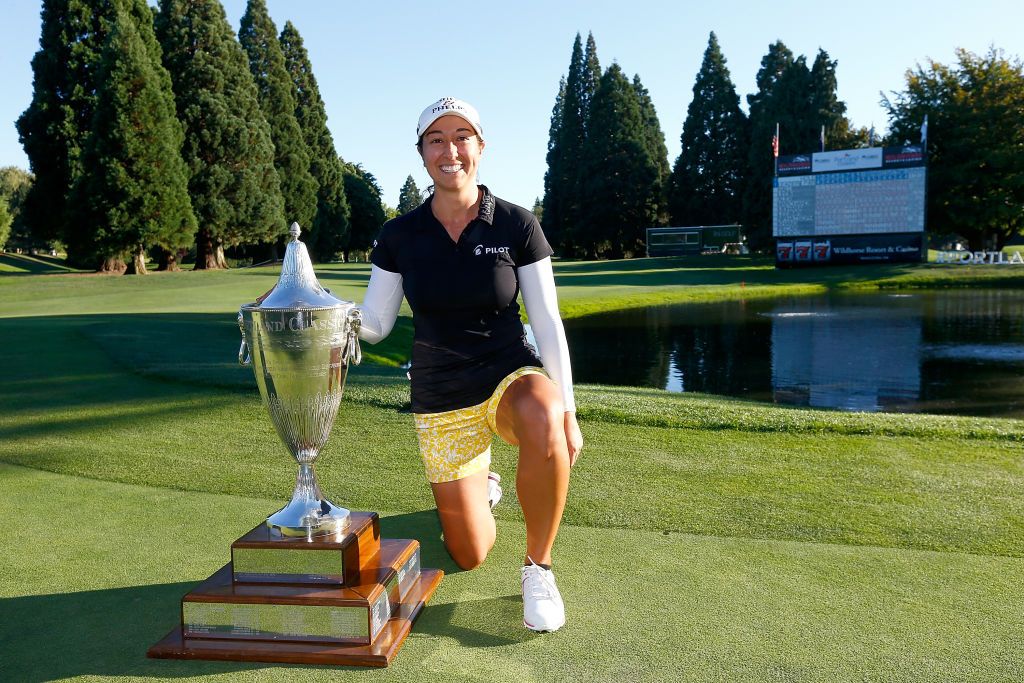 Alex took control after reeling off five birdies in a row on the last five holes of the front nine and added further birdies at 12 and 15 at Columbia Edgewater.

The only blemish on her card came at the 18th when victory was already assured.

Check out the final round highlights from the #PortlandClassic where Marina Alex came from behind for her first LPGA career win!

Overnight leader Hall simply had no answer to Alex as she shot a disappointing 75.

The 22-year-old Englishwoman had four bogeys and a single birdie for a 69 as she finished on 15 under.

Ayako Uehara of Japan finished two shots behind Hall on 13-under par after a 69.

Minjee Lee, who was second overnight also endured a poor final round, the Australian carding a 77 to finish fourth at 11 under.