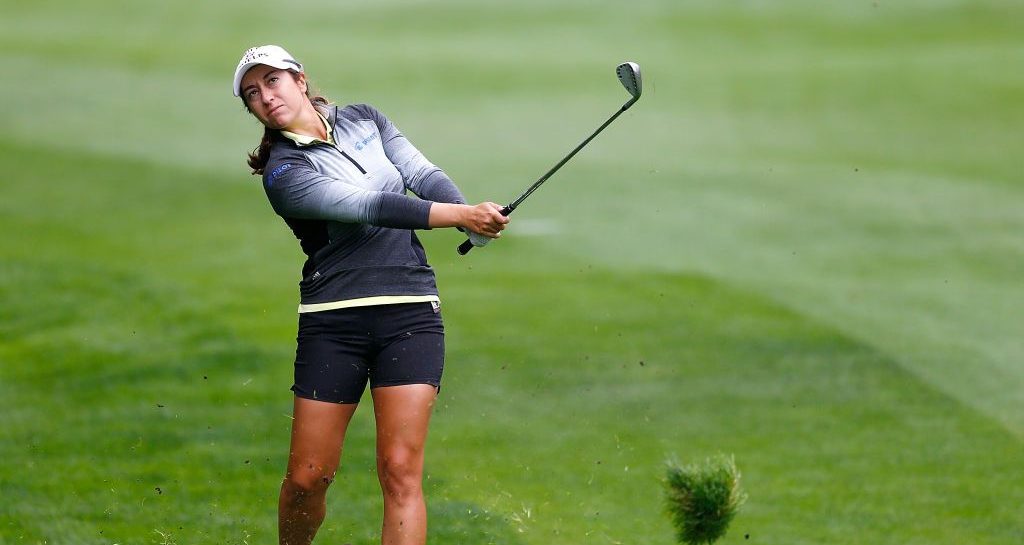 Marina Alex fired a career-low round to take the lead at the Cambia Portland Classic on Thursday.

Her 10-under-par total featured four straight birdies to close out her round, and the 62 tied the tournament record.

She was bogey free, making four birdies on her front nine and six on her back nine.

“I started off hitting it a little inconsistent, but I made some really good putts,” Alex said. “I made a great birdie putt on No. 1 and a great save on No. 2 … then was just trying to get my bearings and get my ball-striking together.

“I just started hitting it really well and just kept making great rolls on my putts on the back nine. So it just turned out to be a great day,” she said.

“The course is in perfect shape. So if you’re hitting your lines you’re going to make a ton of putts,” Alex said. “I’m sure tomorrow 10-under probably won’t even be close to the lead when I tee off. I’m going to have to come out and make as many birdies as I can the next three days.”

Henderson is riding high having won the CP Women’s Open last week in Regina, Saskatchewan, to become the first Canadian to win on home soil since 1973.

Henderson made three straight birdies on her front nine, and added birdies on five of her final six holes to shoot 64.

“I felt like the pins were in places where you could attack, but you also had to play smart,” Henderson said. “I felt like I did a good job of hitting to the wide parts of the greens and giving myself good birdie looks.”

Henderson, who won the Cambia Portland Classic in 2015 and 2016, said she was “really happy” with her round on Thursday.

“Hopefully I can do something similar tomorrow and look forward to the weekend,” she said. “Overall it’s just such an amazing feeling to be back here and just looking forward to the next two days.”

Lee shot her lowest round of the season, making five birdies in a row on No’s 10-14.

“I had a really fast start,” Lee said. “Nice start on the back nine. I was really hitting it close.”

“It’s been a good season and hopefully I can finish strong,” she said.