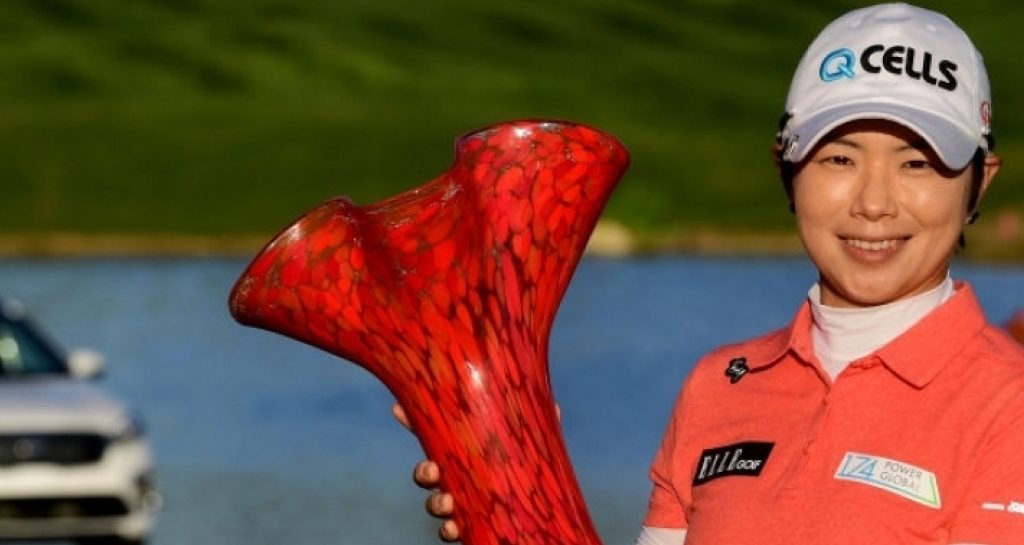 Eun-Hee Ji needed a hole-in-one on the home stretch to help fend off her rivals on Sunday as she claimed a dramatic two-stroke victory in the Kia Classic.

Ji had seen her lead reduced from four strokes to just one as she stood on the 14th tee. She then struck a 7-iron and watched as the ball bounced and rolled into the cup, immediately extending her lead to three shots.

She then dropped shots at both the 15th and 18th to finish on 16-under par, two ahead of both

Cristie Kerr and Lizette Salas in the final event before the first major of the season – the ANA Inspiration at Mission Hills.

It was just a fourth LPGA title in ten years on the tour for the 31-year-old South Korean, who collected the $270,000 first prize and two Kia cars, one for the hole-in-one and another for the win.

”I hit it pretty well today,” Ki said afterwards. ”I am driving the ball really nice. I holed nice putts.”

Ji started her final round strongly, a run of five birdies in seven holes from the fourth taking her clear before her spectacular ace saw her home as the chasing pack closed in.

Kerr, who was left to rue her 75 on Saturday, made six birdies in her round of 68 as she finished tied for second with Salas.

Last week’s winner Inbee Park shot a final round 69 to tie for 18th position at 9 under par.