The Journey of Champions 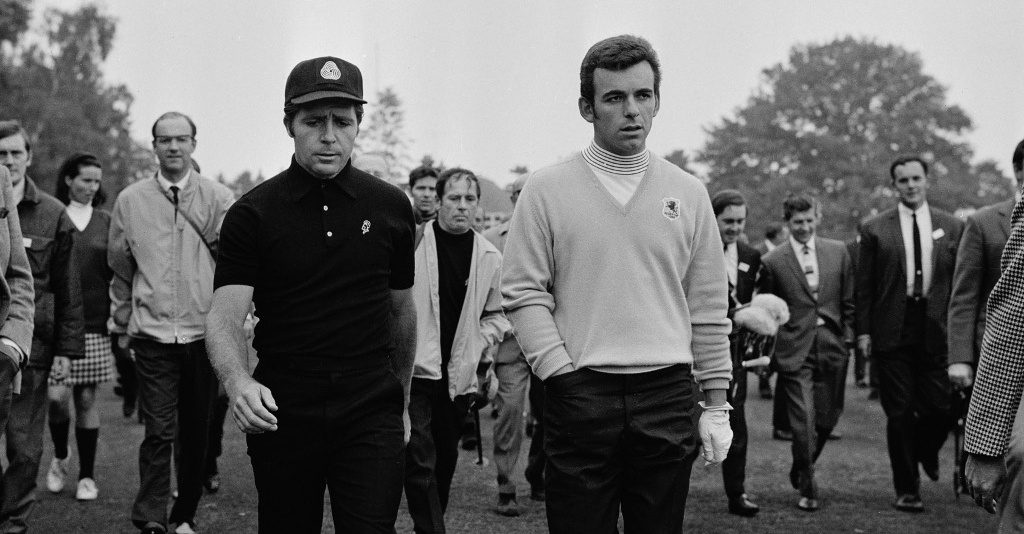 What makes a major championship winner? In the week of the U.S. Open, and with the Open Championship just four weeks away, now is as good a time as any to wonder what separates the champions from their peers.

But amongst this accumulation of many factors are some apparently insignificant ones which might actually be more influential than we initially think.

A short while ago I chatted with Tony Jacklin about the story of his breakthrough and it‘s a tale full of moments of enlightenment and inspiration without which his hard work and desire might not have been translated into major championship success.

Ultimately Jacklin would win the Open at Royal Lytham in 1969 and the U.S Open at Hazeltine 11 months later, but he has no doubt that seeds of that success were planted in the two years before his breakthrough.

“It was building for a couple of years really,” says the 71-year-old. “Little moments that took me one step further forward. 1967 was definitely a big year for me.

“It started with my Augusta debut – I contended, but I folded like a cheap suit to be honest. I didn’t have the experience of being in that situation and it cost me. It was a crucial lesson.”

Failure, then, is not disastrous, if responded to properly.

“Then in the 1967 Hoylake Open I played two rounds with Arnold Palmer and beat him on my way to finishing fifth. I also won at Royal St Georges in the British Masters, had the first televised hole-in-one in September and ended the year winning my PGA Tour card.

“I finished the year feeling confident with what I had achieved.”

But there was something more.

“I also never forgot,” adds Jacklin, “that after he won the Open at Hoylake Roberto di Vicenzo said nothing would give him greater pleasure than to hand the claret jug to a young British golfer in 1968.”

It’s an intriguing thought – that Jacklin heard those words and it triggered something in him. True, Jacklin didn’t win the next Open, but something had clicked.

“Oh yeah, it went in my head for sure. I knew it – I felt it – that my game was on the ascendancy. I took note of those words, remembered them and I headed to America in 1968.

“I was playing every week with the best players – Jack Nicklaus, Arnold, Bert Yancey, all those guys. I was soaking ideas up.

“And when I won the Jacksonville Invitational early that year I beat Arnold again, in the last round this time. I had to endure Arnie’s Army, who didn’t care about me. They had their hero and I was just some Brit alongside.

“But it was such a big thing to take him on and win. I was gaining experience, I was making strides.

“Coming back to the UK in 1969 I got a terrific boost because no-one cared who I was in the US, but I felt a real buzz being the top guy in the UK. I had the crowds on my side and now I felt able to deliver.”

Jacklin is not only passionate about golf and his career, he also has superb recall, and it’s clear he was confident as he approached the Open of 1969.

“Well, it helped. But the most important thing, absolutely, to my success in the majors was that I learned to control the speed of my swing under pressure.

“In 1965-66 I was good but under pressure, when adrenalin took over, I was fighting the speed of my swing. So I asked myself: how do I control it?

“I realised that to become great I needed that extra control. So when I was in America I befriended Tom Weiskopf and Bert Yancey. They loved to talk swings, we all did.

“They had benefit of playing with Byron Nelson and we all idolised Ben Hogan. We talked and talked with the old guys about swings.

“If they had known it, no-one told me about this stuff in England. I found it out by going to America.

“I worked for two years on a swing I could sustain when it mattered. I could still screw up and I did sometimes, but mental fortitude and self belief came to the fore if the swing was solid, and that’s where I was really confident.

“It was a great period. I knew my golf swing, I knew what made it work.

“You’ve got to practice using a club you don’t want to hit a long way. That’s the key. I would use 7-iron and here’s how it worked.

“That’s what you work for. That’s what all those years of hard work led to.”

Hard work and the odd mental trigger point too.

Tony Jacklin is an ambassador of Glenmorangie – the Spirit of the Open – who are conducting a search for the Open’s Greatest Finish. Here is Jacklin discussing Seve’s famous fist pump in 1984. Follow the link in the video to vote for your #GreatestFinish and win a great prize.