The golfer who doesn’t fly 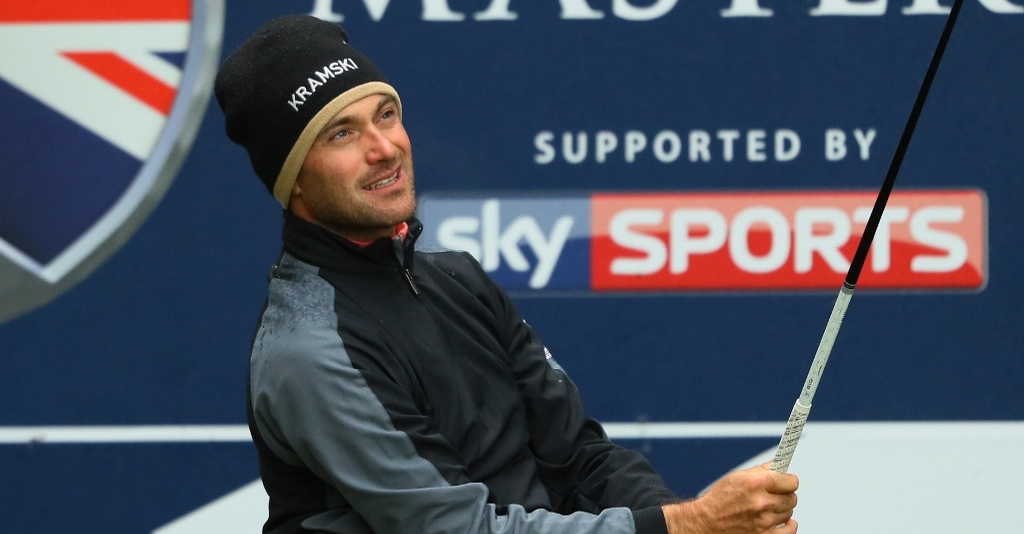 Florian Fritsch is a professional tour golfer who doesn't fly.

That's right – on a European Tour which has a more worldwide schedule than ever before, Fritsch makes his way between events like it's 1979.

To some his decision to accept his fears and deal with a playing programme that relies on the road is madness. But in reality such a position is a knee-jerk reaction. Not just a failure of imagination, but based on the flawed notion that everyone else is working from a perfect scenario.

Until 2013 Fritsch did everything many would expect him to do: faced with a loathing of air travel he tried all manner of remedies to rid himself of the fear.

Trouble was, all the mental energy required to do that left him exhausted when it came to competing.

So he tried a counter-intuitive method: he'd forego any tournament which required a flight and concentrate on playing golf with a clear mind.

Better 15 events with all guns blazing than 25 events with 10 spent getting frazzled and the rest in a panic playing catch-up.

In 2014 he qualified to play the Challenge Tour and enjoyed a remarkably consistent year, topping the scoring averages and earning a European Tour card by finishing 12th in the rankings, finishing second three times along the way.

Last year he made 18 starts on the European Tour and finished 120th on the Race to Dubai, agonisingly short of retaining his card, but he had clearly shown that the unlikely was not impossible.

This year he had the common dilemma of those who finish in the 20-odd places outside card-retention: they find themselves torn between limited opportunities on the main tour and playing Challenge Tour stops in between.

In those circumstances it is easy to fall between two stools and in mid-summer Fritsch knew it: “I'd played a bit of both and it wasn't working. I decided to commit to the main tour, whilst I also worked with my coach on making my swing simpler and more consistent. I was playing quite well without getting it going at the weekend.”

“I had an invite to Crans Montana and did well there, then performed well again in Bad Griesbach, then onto the Dunhill Links.”

It sounds simple from his lips, but the reality is that he found a rich vein of form that has transformed his season. He was T7 in the European Masters and top tens come with an added bonus, often not unacknowledged: not just a good cheque and a bunch of points for the Race to Dubai, but a bonus card – the opportunity to play in the next regular event on the schedule.

So Fritsch got back in the car and headed to the Netherlands for the KLM Open, but unfortunately missed the cut. No matter, he was in the Porsche European Open and finished T7 there too – another good cheque, more points, a place in this week's event earned (his exemption skipped a week due to the superior rating of the Dunhill Links Championship).

But before that he made his way north to St Andrews. Last year he made a strong bid for the title, playing in the last group with eventual winner Thorbjorn Olesen and winning the pro-am team title alongside footballer Michael Ballack. It earned him an invitation and he didn't waste it – yet another T7 finish.

Fritsch, impeccably polite and endearingly frank, relates that he was not only pleased to rack up these top tens for himself, but stresses: “It was nice to support the events who had given me the chance with good form too.”

His only frustration in St Andrews was a sloppy finish, because otherwise he felt he had learned lessons from exactly 12 months earlier.

“Playing in the final group last year made me realise my decision-making needed to be slightly different,” he explained.

“I felt I played very similar to Thorbjorn when I looked back, but down the stretch he took on shots that I was conservative with. And funnily when I did that it was me who made bogey or double bogey.

“This year I didn't go recklessly flag-hunting, but I didn't bail out. It worked out good. Just a poor finish but a solid day and showed I could compete.”

The result left him 111th in the Race to Dubai, just one spot outside the 110 who retain their card.

With the HSBC Champions tournament being an elite field event, only this week and next give most the chance to alter their fortunes for next year.

With that knowledge Fritsch has played bravely this week to make the cut on the mark.

He's not blasé about his decision to not fly, he's realistic, and there is an honesty that is refreshing in its humility and strength of conviction.

He was once accused of not wanting the professional tour golf life badly enough and came up with a good response: “I've just driven from the Highlands in Scotland to Milan in Italy in one go for a Challenge Tour event and you say I don't want it badly enough?!”

This season has been a bit of a late rush, but it has also added to his belief.

“It shows me that it can be done. Its easier said than done, but I think I know that I'm definitely capable of spending a long time on Tour this way.”

If you're cheering anyone on this weekend at The Grove, if there's anyone you want to pass the chequered flag waving to the crowd, make it Florian Fritsch.