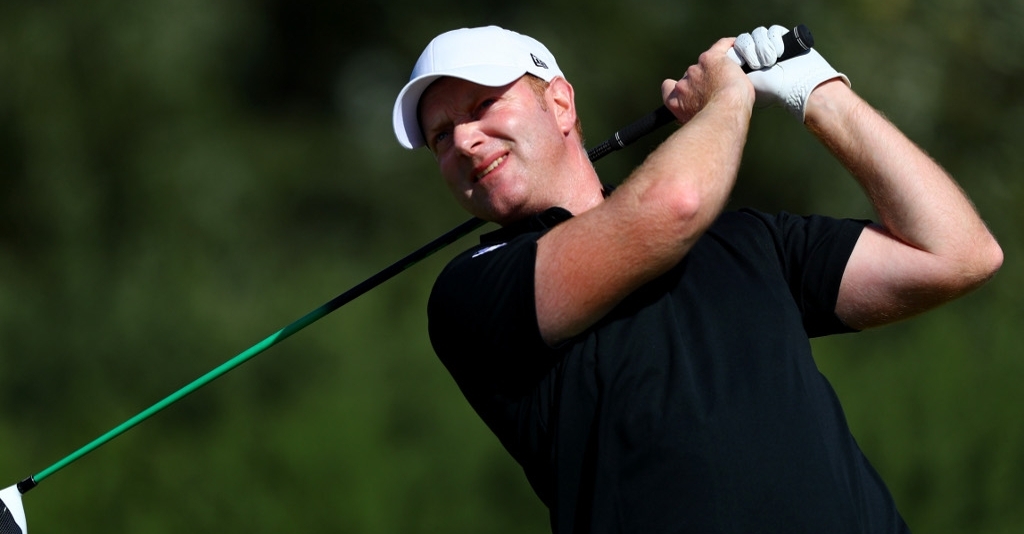 Having previewed the chase for European Tour cards earlier in the week (see here), Matt Cooper updates the situation at the Portugal Masters after 36 holes.

Even at the best of times there is an element of voyeurism about sport, but watching at Q-School, Challenge Tour Grand Final and the final event of the season the notion that someone else’s agony becomes a twisted form of entertainment for yourself looms ever larger.

I actually doubt that I will ever return to Q-School; I didn’t know what to do with myself half the time and spent long periods of time skulking behind trees trying not to catch any player’s eye for fear I’d distract them. Which probably meant, of course, they were distracted all the more wondering what the hell I was doing playing hide and seek at my age and at that particular moment in time.

The toughest watch of the day was the final hole (the ninth) for Eddie Pepperell and Craig Lee, who played in the same group.

Both reached the tee at 4-under-par, the number that would ultimately make the cut. Both also started the week inside – just – the top 111 in the seasonal rankings.

Their route to that ninth tee had been somewhat different. Pepperell, who had opened with a superb 64, had been leaking shots all day and did so again now, hitting his tee shot out of bounds on his way to a double bogey-6.

Lee had shot 73 on Thursday so needed something special Friday and with five birdies and an eagle on his card he was set to do just that only to find a claggy lie with his tee shot. The approach shot was duly difficult, it found sand and he couldn’t get up and down for par; he fell one shot short of the weekend.

In the provisional rankings both are now outside the top 111 with very little prospect of that changing given how many players hot on their heels made the final 36 holes.

Ben Evans (118th at the start of the week) had a day much like Pepperell’s: he reached the 10th tee level par for the day and 5-under for the tournament only to endure a nightmare journey back to the clubhouse.

A triple bogey-7 at the 11th started the rot and a birdie at 15 didn’t stop it as he added four bogies. He’ll return to Q-School next month.

Florian Fritsch, officially this column’s favourite player (see the link above for the reasons why), played in the morning wave and posted 4-under-par for the week, parring his final five holes to do so.

When the final ball of the day was struck he wrote on his official Facebook page: “The last three hours were the absolute horror for me. I believe that I have had a “resting heart rate” of 180. I have never been so happy about the SMS to say that I’m officially T65.” The man is a legend.

Whilst Fritsch was pacing the clubhouse wondering if his score would be good enough England’s Richard McEvoy was out on the course fighting to make the mark.

Entering the week at 126th in the rankings, he needs a superb finish on Sunday, but first things first: he needed to make the weekend and when he made the turn at level par for the week it didn’t look on.

He promptly birdied three of the next four holes so the equation was simple. To have any chance of retaining his card he needed one birdie and no bogeys in the last five holes.

The 442-yard par-four ninth was playing 5th toughest on the course and yielded just 21 birdies from 125 attempts all Friday.

But guess what? McEvoy made one of them so he plays the weekend; a magnificent performance under the cosh.

Like McEvoy, Oli Fisher hails from Essex and he also had a good day. He started the week ranked 114th in the Race to Dubai/getting a card and has moved to 109th thanks to rounds of 66-67 which have him T18.

Like Jason Scrivener (T27 but has moved from 113th to 110th) and Daniel Im (T44 and still 108th), Fisher’s fate will change with pretty much every stroke over the next two days.

The task for all these players will be to concentrate on what they can do, rather than lose focus or concentrate on guesswork. Easier said than done.

Golf is typically a single stranded narrative (who wins) but the thrill of Q-School, Grand Final and the last tournament of the year (for those of us watching at least) is that the narrative becomes multi-stranded. More stories equals more excitement. Moreover the stories are not in a vaccum; each has an impact on others.

Three years ago at Grand Final Oli Farr was trying to make birdie for himself playing in the final group on the final day and admitted afterwards that he was well aware that someone somewhere would be a winner because of what he did – and someone else would be a loser.

Finally, here are the projections themselves –