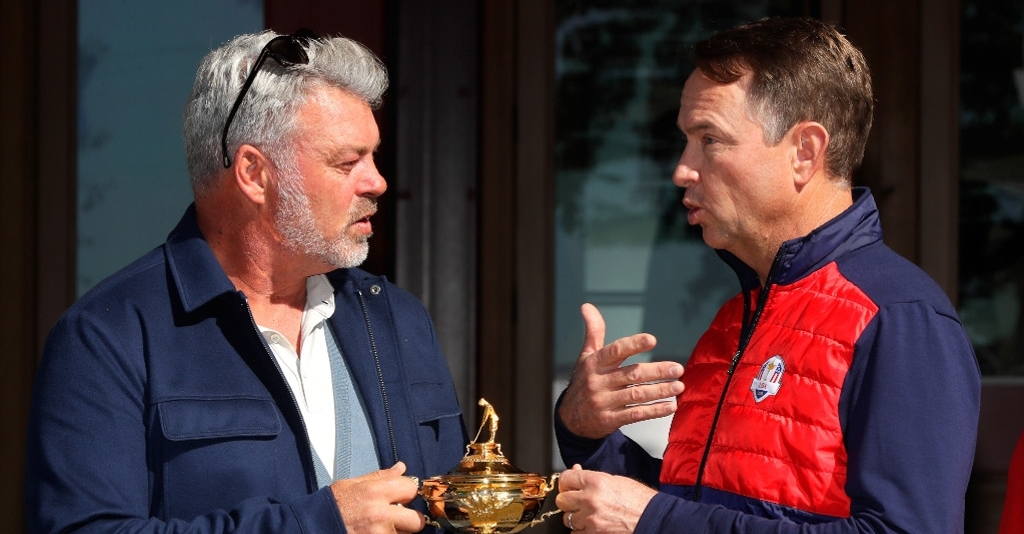 “Winning the Ryder Cup can be misleading: the results often distort our analysis of what makes a good captain or a good team.”

So writes Richard Gillis in his excellent new book The Captain Myth: The Ryder Cup and Sport’s Great Leadership Delusion.

It’s a bracing read that dismantles much of the folklore, legend and, in some cases, pure fantasy that surrounds an event that has been transformed over the last 30 years.

Back in 1981 the best sponsorship offer on the table was £100,000 worth of Green Shield Stamps, today it is touted as one of the world’s top five sporting attractions.

Equally, where once the GB&I captain stumbled away from the latest defeat to nurse his wounds in the clubhouse bar with a quick snifter and the Daily Mail, today the European captain is likely to be signed up for a worldwide tour of leadership seminars.

And yet, Gillis argues, we’ve got it wrong. The captains “routinely get too much credit and too much blame for events beyond their control”. Moreover, he writes: “This attribution error is rife throughout the debate on leadership in sport.”

The book is ideal prep for the week ahead. Gillis, whose intimate knowledge of sports business has informed his opinions, is wide-ranging in his targets, influences, references and analysis.

He calls upon, amongst others, social science, business writers and university research. He talks of European character clichés, Walter Hagen’s PR machinery, the role of status anxiety and the creation of a usable past. He references John Updike, The Hunger Games and the origins of cashmere.

The multi-disciplinary approach allows a thorough discussion of old Ryder Cup subjects with a fresh and critical eye.

There are also many fine observations, such as noting that, “Golfers are sport’s hedge fund managers: they play a game in which tiny margins can represent massive amounts of money.”

If there is one criticism it is that he gives Mark James an easy ride. Almost every captain of the last 30 years has his record – as either a winner or loser – doubted. But the position James created on Saturday evening (leading 10-6) is credited and when James is quoted as saying “the consensus view on Saturday evening was that I was a pretty good captain” it’s taken as read that it’s true.

Like Gillis, I’ve always had a soft spot for the droll nature of Mark James, but I also recall plenty of concerns that Saturday evening.

I remember, too, James binning a note from Nick Faldo ahead of the match in oddly public fashion (not mentioned in the book), something that (whatever you think of Faldo) jarred as a message, and there follows a quote from James saying that criticism of his loading of the fourballs and foursomes is “mundane and obvious”.

Whilst James has a point in arguing that “if I’d have broken up a winning team we wouldn’t have been four points up on Saturday night, and I would have been the mug” it’s also a fact that some of the most potent quotes in the book are from the caddie of Jesper Parnevik, who played all five matches, saying he was knackered ahead of the singles and the caddie of Andrew Coltart, who was ignored until the final day, who had difficulty consoling the Scot and who makes a point about wildcard selection that isn’t elaborated on.

Rather than convince me that James was misjudged as a bad captain after the loss, this section only added to my belief that he wasn’t necessarily a good one when leading 10-6.

Whatever, even when in disagreement with Gillis, I was engaged and prompted to view the Ryder Cup under a microscope rather than through the rose-tinted glasses that are all too commonly relied on.

The Captain Myth: The Ryder Cup and Sport’s Great Leadership Delusion by Richard Gillis, published by Bloomsbury, is out now.

Other Ryder Cup myths to look out for this week:

Gillis refers to this in the book, but his interest in the subject was first made apparent during the last Ryder Cup when he asked the question in the Financial Times: does momentum exist or is it simply an attempt to make sense of chaos?

Gillis quoted Dr Jim Taylor, a renowned performance psychologist: “Whether there is such a thing as momentum is up for question. When there’s a change in direction in a match – that is, when someone starts to play better or worse – we say there’s been a change in momentum. But that one shot, or a single victory or a run of good play can be explained by the natural swings in performance. Golfers need to feel like they are in control so they create a force called momentum to help explain random events.”

Similarly I once heard the historical novelist Hilary Mantel compare writing about the Tudors with reporting on the news. She suggested that only time (and lots of it) permits us to truly discern moments of importance. The difficulty for the reporter is that he or she is constantly trying to spot (or guess) when those occasions arise.

And that is why, in the next three days, commentators and Twitter will be doing ridiculous things like insisting that 87 shifts of momentum take place in a no more than a couple of hours of golf. They’re guessing.

If you don’t believe me, initiate a drinking game and have three fingers every time the word “momentum” is mentioned.

We’ll discuss it again when you wake from the coma next Saturday.

Something else Gillis discusses, quoting a Harvard study and then writing: “Such research doesn’t prove that team spirit is unimportant, just that asking the winning team for an objective judgement as to the level of cohesion in the team room is deeply flawed.”

And yet time and again the Europeans are asked the question ten minutes after winning, they praise cohesion, no-one questions it, on it rumbles.

Two years ago Phil Mickelson was asked about the superiority of Euro team spirit and snapped that at least the Americans weren’t taking one another to court, a reference to the fact that Rory McIlroy and Graeme McDowell were at the time doing just that, albeit for business reasons.

The response of the European media, which routinely fuels this myth like a pyromaniac pouring petrol on a bonfire, was to giggle: Mickelson had taken the bait.

But he had a point. If it had been two Americans in court the story would have been very different.

This one became popular when the Ryder Cup rocked up in Sutton Coldfield, and still had legs when the match was played on a flood plain in Wales in October.

The thing is, the notion that the Ryder Cup has ever been hosted this side of the Atlantic anywhere other than at a course offering cartoon-style sacks of cash is a fallacy.

In his book Ryder Cup Revealed, Ross Biddiscombe shows that the King’s Course at Gleneagles (the James Braid course traditionalist said should have hosted in 2014 rather than the modern layout) was “not well received by the players” in one of the exhibition matches which morphed into the Ryder Cup.

Not quite. The Lytham St Annes Corporation bank-rolled the event for the PGA.

It’s not just a fallacy to believe it was ever different, but pie in the sky to imagine the Ryder Cup going to anywhere other the highest bidder. The European Tour needs an investor so it can financially reap as much as it can from hosting the event once every four years – it’s not the Cup, but the Tour which depends on it.