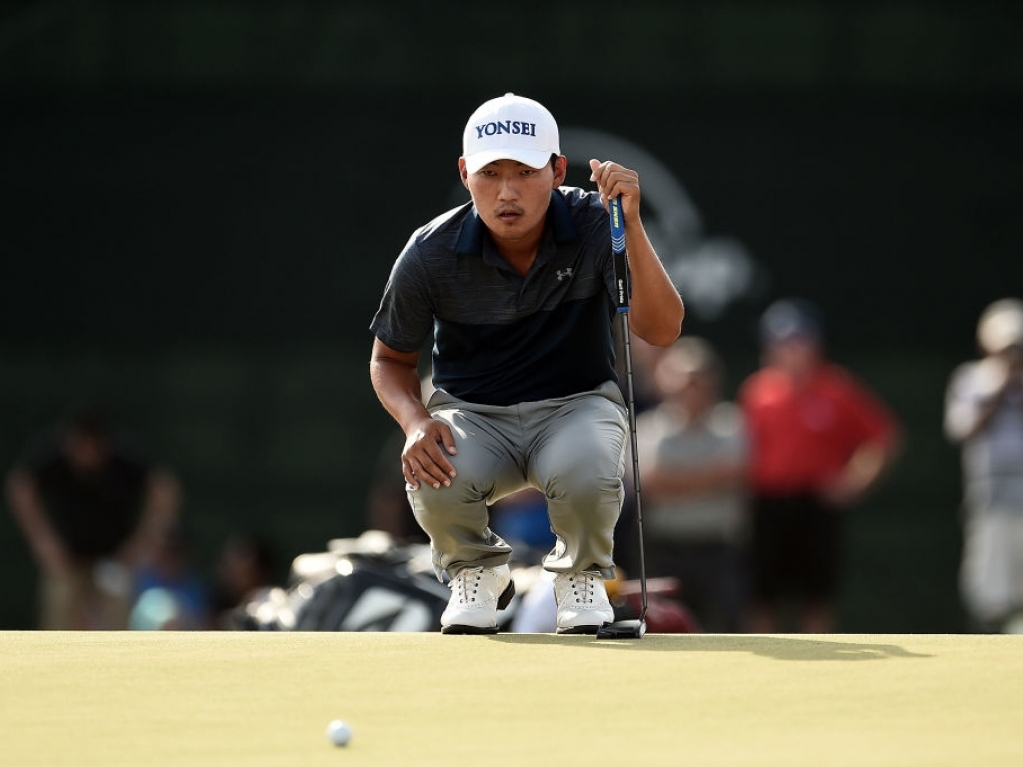 South Korea's Sung Kang will take a three-shot lead into the final round of the Houston Open on Sunday after shooting a one-under par 71 to finish at 17 under.

Sung, the world number 202, couldn’t match his superb second-round 63, but still has a good chance of making the Masters if he can hold on for the win.

Rickie Fowler is Sung’s closest challenger after the American rattled off eight birdies in 14 holes to tie for the lead at one point before he fell away on the final two holes.

Fowler is three shots behind Sung on 14-under par.

Fowler had been in sensational form with the putter before he bogeyed the 17th and then four-putted the 18th for a double bogey to finish with a 67.

Speaking earlier this week, Fowler said it was nice to get some competitive rounds in ahead of Augusta.

“Being able to get four competitive rounds the week prior to leading into Augusta. You leave, and then there’s just those couple days, you know exactly what may have been a little off or what needs to be worked on Monday, Tuesday and Wednesday,” he said

“When you step up on the tee Thursday, you’re a lot more prepared, I feel like, because it wasn’t too long ago that you were playing a competitive round of golf. I definitely feel like it’s very beneficial playing the week before a major.”

Sung has missed the cut in five of nine PGA events this year, but a maiden tour win in Houston would see him secure a spot at the Masters.