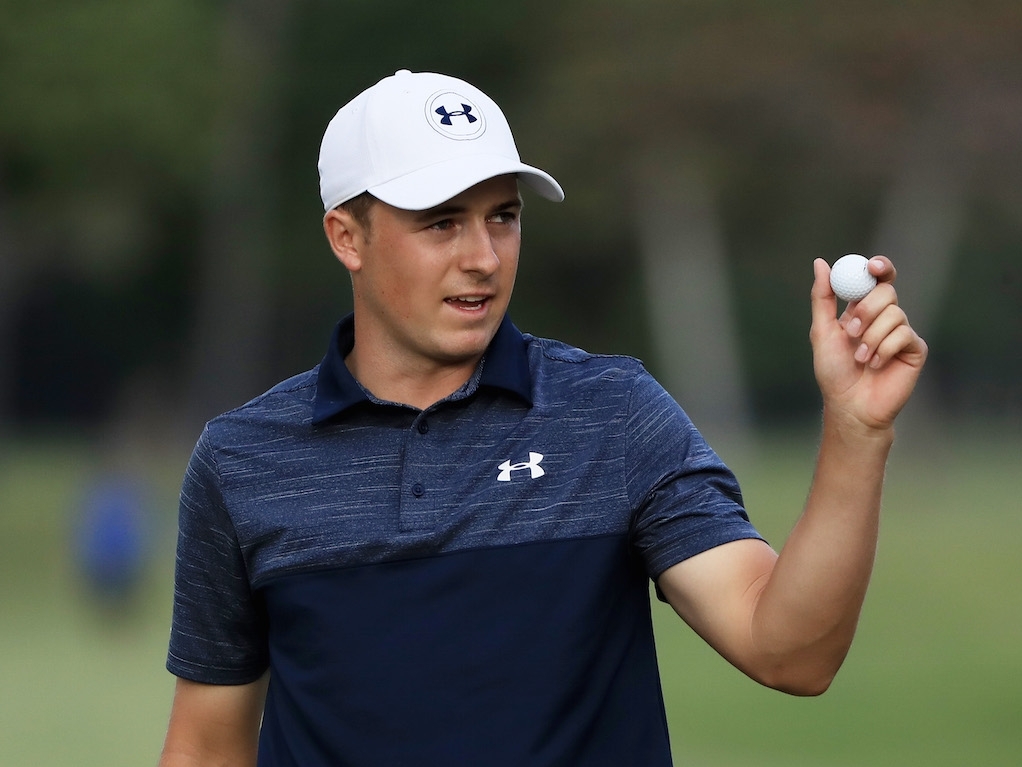 Jordan Spieth secured the ninth PGA title of his career when he won the AT&T Pebble Beach Pro Am last weekend and it came in just his 100th tournament.

In the modern day, only Tiger Woods and Rory McIlroy can better that early career record, and winning 9% of his tournament starts is a remarkable feat for Spieth, particularly when you consider that the world’s best golfers win only around 5%. The big question is: how far can he go in 2017?

The Masters looms on the horizon and everyone is getting excited ahead of its April 7 start date at Augusta. A Bovada review of the odds and a perusal of the lines at other leading betting sites shows that Spieth is the clear favorite to win it, ahead of Johnson, McIlroy, Day and Matsuyama.

He loves the Augusta course and it certainly seems his best shot of winning one of the four majors this year. On his debut he finished second there in 2014, falling just short of becoming the youngest Masters champion of all time. Spieth then won the Masters in 2015 with a record-equalling -18 as he became the first man to win it wire to wire since Raymond Floyd in 1976. It was also his best performance at a major last year, when he finished second. He led at the end of each of the first three days and going into the back nine on the last day he was ahead by five. His subsequent collapse was one of the worst in golfing history, perhaps only comparable to Greg Norman’s meltdown at the same course in 1996, as he quadruple bogeyed the 12th and let in unheralded Englishman Danny Willett to win the title.

But Spieth has since displayed his fortitude and returned strong, and can be full of confidence going into the big tournaments this year, particularly the Masters. Save for a few holes on day four last year, he has been the dominant golfer at the Masters for the past three years. You would expect him to be the favorite for the next five years alone on the strength of that record.

He has started the season very strongly indeed and you have to fancy his chances. Most of his chief rivals are all out of sorts: McIlroy is sidelined, and Day has yet to fire. If he keeps up the momentum, he can blaze into an early lead once more at the Masters and never relinquish it. He is currently 6/4 to finish in the top five and that looks a great bet right now when you consider how consistent he has been at Augusta since 2014.

But he is not favorite for any of the other majors this year: that accolade goes to McIlroy in the US Open, ahead of Day and then Spieth; in The Open Johnson heads up the betting, followed by McIlroy, Day and then Spieth; and in the US PGA McIlroy is once more the favorite, followed by Johnson, Day and Spieth. The big three going into 2016 has become the big four in 2017, with Johnson very much gate-crashing the party, and the bookmakers have two or all three of them ahead of Spieth in three of the four majors this year. That is fair enough as he is younger and had a tough time in 2016, while McIlroy was getting back to his best towards the end of the year, but he could well prove the doubters wrong. The one that stands out apart from the Masters is The Open, where Royal Birkdale looks a perfect fit for his game, and odds of 12/1 look really interesting there.