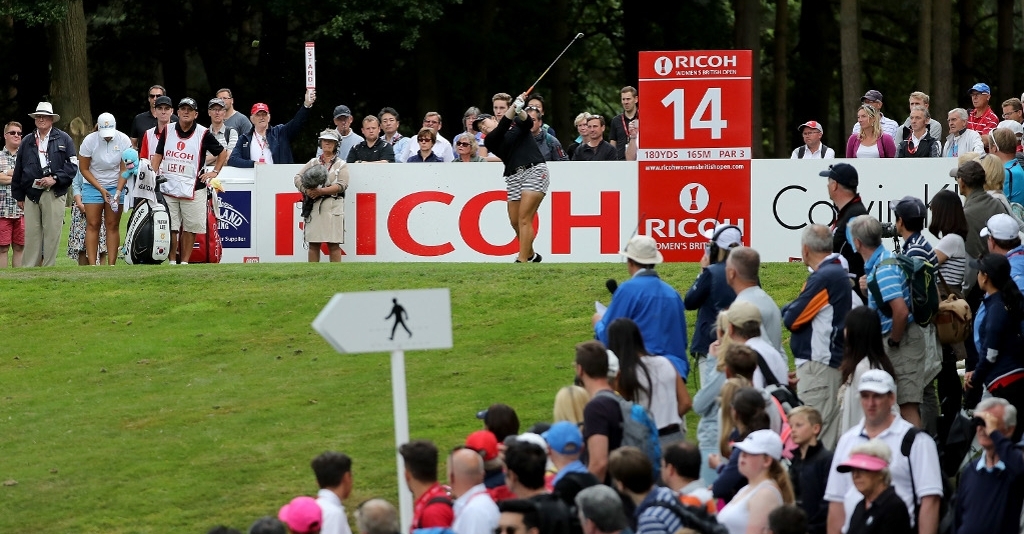 Last week’s conclusion to the European Tour’s regular schedule witnessed plenty of card-chasing drama and this column was not shy in getting caught up in all of it, writes Matt Cooper.

But as golfers on the margins of the big-time fretted about losing their cards a thought did pop in my head: it could be worse – they could be female professional golfers in a similar situation.

That’s not a Daily Mail-reading, gentleman’s bar-drinking, sniggeringly-sexist response; it’s the reaction of someone who loves women’s golf, but wonders (and worries) about the state of the game in Europe.

It so happens that this week (by coincidence) both the European and Ladies European Tour are in China whilst back in early May they were (by design) together in Morocco.

But recalling those rare examples of geographical proximity only highlights the vast differences in the schedules between times.

Since the women played in the Lalla Meryem Cup at Royal Golf Dar es Salam, there have been 10 events on their schedule. In contrast, over the same period the men have played 24 tournaments.

As shocking as the raw facts are, when you delve deeper the situation is even worse.

Of course, the European Tour has faced similar problems, caused by the continent’s financial difficulties: in 2010 their schedule had 27 (of 49) tournaments in Europe; this year that figure dropped to 20 (of 50).

But consider yourself an LET competitor faced with those stats: fewer opportunities to play (21 events instead of 26) and yet the cost of playing them has increased (14 long haul journeys instead of 9). That’s not a pretty equation.

Worse yet, the schedule is not only shorter and more far-flung, it also includes a lot of co-sanctioned events, limited fields, elite fields, small field pro-ams and major championships. In other words: slender options for many card holders.

In the next few weeks golfers will begin the long journey through LET Q School, one that will be fuelled by dreams of reaching the main tour and furthering long-held aspirations.

A bit like the players who finished top five in last year’s Q School, who must have been so excited, thrilled, and eager to prove themselves.

Aditi Ashok, who won the tournament, has had a wonderful year, briefly starring in the Olympics, qualifying for the Ricoh Women’s British Open and contending in other events. But she’s made only 10 starts – and the Olympics and RWBO appearances had nothing to do with her Q School performance so effectively winning the top card earned her 8 starts up to this point in the year.

Runner-up Daisy Nielsen has been injured at times and made four starts. Karolin Lampert, Annabel Dimmock and Gemma Dryburgh claimed the next three cards and it’s earned them six starts so far this season.

31 golfers won cards last year and some of them played more rounds of golf *at* Q School than they have on tour this season.

In recent years the developmental LET Access Series has achieved what the main tour has struggled to do and bolstered a European-based schedule. The top five players on the circuit every year graduate to the main tour.

Last year’s top five players have so far played between 6 and 8 times.

If players hoping to build a career have precious little opportunity to do so, and players who previously had a solid base of events around Europe now have dwindling chances to play, what of those at the top of the game?

Beth Allen won last year’s ISPS Handa European Masters, she also won this year’s Open de France, she has led the Order of Merit most of the year, and has a good chance of regaining that mantle before the season is out. Pretty good stuff, right?

Well, err, she doesn’t have a sponsor.

It’s risible. There are companies out there who would rather sponsor a man who hasn’t got a hope of making it beyond the EuroPro Tour than consider a woman golfer. I know because I once argued otherwise.

A few years ago a guy running a golf travel company told me he was looking for a player to sponsor. I asked him how much he had available and agreed that he wasn’t going to get far on the European Tour.

“I could put you in touch with a few golfers on the LET,” I said.

He pulled a face.

“I was thinking EuroPro,” he said. I countered that I could think of LET golfers who would go out of their way to promote his company on social media, would remember to say thank you, would be engaged at golf days and would appear regularly on highlights packages on Sky Sports wearing his logo. He stuck to his guns.

One year later he had a sob story: he’d paid a EuroPro Tour player to wear a sponsored hat and show his face at a few golf days. Trouble was the golfer spent the golf days acting like he’d finished top ten in The Open rather than carding 78-81 at a business conference resort in Northamptonshire, and on the one and only occasion he showed up on the TV highlights he forgot the hat, both on the course and when interviewed. Idiots. Both of them.

If you sense anger in those words, you’d be right. We should be furious at the state of women’s golf in Europe.

There’s a lot of chummy self-congratulation about Europe’s golfing solidarity ahead of every Ryder Cup and a lot of outrage at the stuffy sexism of private golf clubs. Doesn’t last though, doesn’t filter down to where it matters.

Authorities pay lip service, money men don’t care and the media doesn’t much either (believe me, I’m daft enough to try making money writing about it and it’s more futile than trying to play the game for a living).

So did Bronte Law and Leona Maguire, two of the most promising youngsters emerging from the amateur ranks.

The best European players have, and always will, gravitate to the U.S. eventually, but this is a notable shift and next year’s Solheim Cup team could be the first ever to have not one player on board who plays the majority of her golf in Europe. Why? They’d like to play more golf and be better rewarded.

So, yeah guys, as I said at the top, just remember – things could be worse. A lot worse.