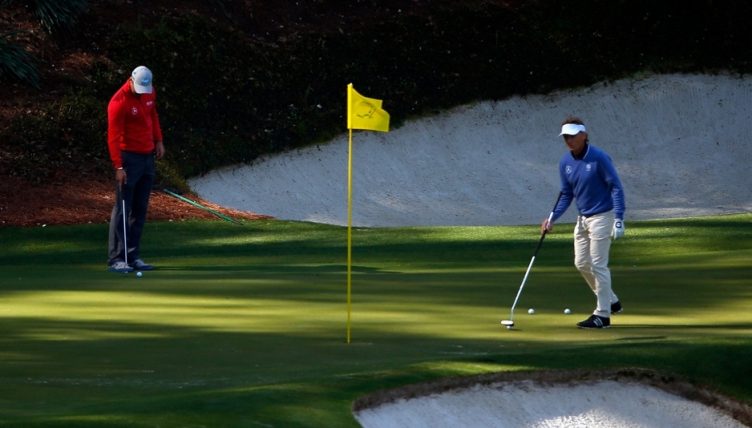 The wait is finally over. The first major of the season is upon us and there is a ridiculously competitive field ready to go to battle in the most idyllic of settings at Augusta National.

Golf365 takes a look at the big contenders, starting with the bookies’ favourite who has a love/hate relationship with the iconic tournament…

The awesome Aussie arrives at Augusta as the world number one and the man to beat. Now a major champion after breaking his duck at the USPGA Championship, plus high-profile victories at Bay Hill and the WGC-Match Play means Day is perfectly poised to go one better than his T2 finish in 2011 on his Masters debut.

Victory was also in sight in 2013 but bogeys at 16 and 17 put an end to the dream once again. Those agonising near misses would have crushed many, but Day is hoping his new-found relaxed approach to the game can see him finally don the Green Jacket.

The reigning champion was in majestic form in the run-up to his sensational four-stroke win at the Masters last year. However, it is a different story this time as he bids to become only the fourth player to successfully defend the title.

A missed cut at the Northern Trust Open and underwhelming finishes at the Valspar and the Houston Open this year has seen an element of doubt creep in, while a last-minute change in driver is less than ideal preparation. But the fact he has yet to score an over-par round at Augusta shows he is at the perfect place to get back to his very best.

The Green Jacket is the only thing missing as McIlroy continues on his Grand Slam hunt, but the general consensus is that it is case of when McIlroy wins the Masters rather than if. Back for an eighth crack at the tile, the Northern Irishman is clearly the man to lead the European charge considering his gradual improvement at the course.

His finishes in the last four years read: 40-25-8-4. He’s getting closer and his hole-in-one during a practice round earlier in the week has only got more people talking about whether now is the time he can fully atone for his nightmare final round in 2011.

A recent change to a cross-handed putting grip looks to have done him the world of good and, if he can recapture the spirit of his dominant run in 2014, there will simply be no stopping McIlroy this time.

The 2013 champion has an Augusta record that will be the envy of many with just two missed in 14 appearances, but just one under-par round in his last seven he has plenty of work to do if he wants to upstage the likes of his fellow compatriot Day.

However, there are plenty of positives as he looks for a repeat success. The return of Augusta genius Steve Williams as caddy is a huge bonus, while his form this season is as good as it ever has been with victories at the Honda Classic and the Cadillac Championship to go alongside his runner-up finish at the Northern Trust Open.

The Masters will provide him with a huge test as he continues in his adjustment from belly putter to short putter, but he has the form, the track record and the experience behind him to be in the running as they turn for home on Sunday.

There is a feeling of deja vu about Watson as he attempts to make it a hat-trick of wins at Augusta. Prior to his 2014 success, big-hitting Bubba won the Northern Trust Open and a knowing smile would have crept across his face as he did so again back in February.

Watson admitted recently that he does suffer from anxiety problems, but then he has often showed his very best when placed under immense pressure. If he does get his hands on a third Green Jacket then it will come as a surprise to absolutely nobody.

Best of the rest

There are plenty of other proven performers on show over the next four days that could prevent one of the power five from Masters glory. In-form Charl Schwartzel, with two recent tournament wins on home soil in South Africa, will be full of confidence once again as he tries to replicate his 2011 win, while orange-loving Rickie Fowler continues to look like a major champion in the making.

England’s Justin Rose is remarkably consistent at Augusta and also arrives in good form with top-20 finishes in his last four strokeplay starts. Dustin Johnson fits the profile of what makes a Masters champion and Henrik Stenson cannot be dismissed despite his tendency to thrown a wobbly now and then.

And what about Phil Mickelson? The three-time champion would bring the house down if he could win again and, despite his advancing years, is still more than capable of doing so. With 15 top-ten finishes and 11 top-fives, it would take a brave person to disregard him.