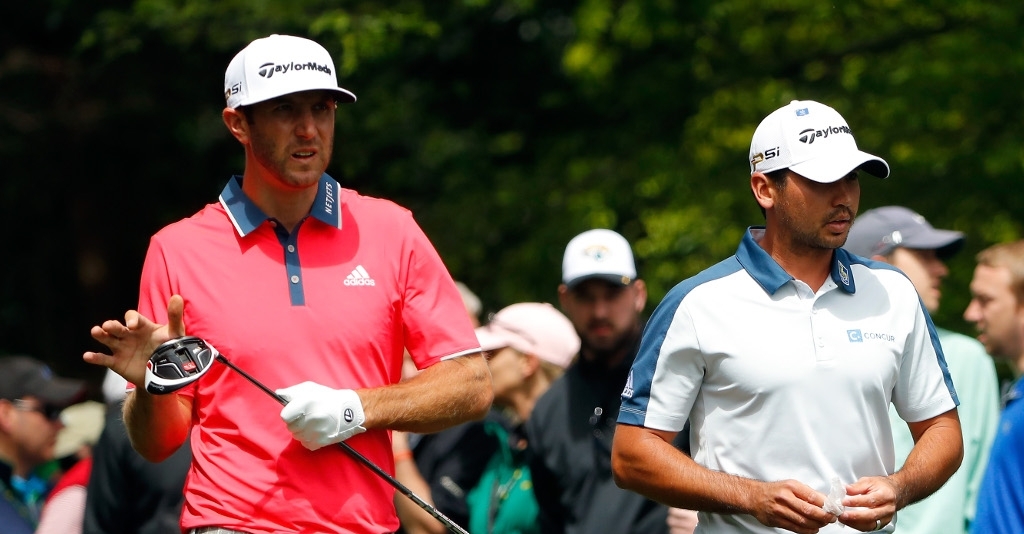 We take a look at who are the favourite five with the bookmakers to don the famous Green Jacket at Augusta on Sunday.

Once a year golf fans are treated to the world’s best players bustling around the exquisitely manicured Augusta National. Aside from being one of golf’s most special venues, it is also the first major of the year and the excitement is always palpable. To whet your appetite, let’s look at some of this years top contenders.

It should come as no surprise that Johnson is the odds-on favourite at the opening major of the year. The American has become ‘that guy that wins every other week’ and some would say it’s been a long time coming, given his prodigious length off the tee, top short game and rotten luck in majors over the years.

Johnson has won on his last three outings and none were more impressive than his WGC – Matchplay victory last month, where he held off a strong challenge from rising star Jon Rahm. The win saw him move to five WGC titles. Only Tiger Woods has more. As a result, the 15-time PGA tour winner will arrive at Augusta full of confidence.

Spieth returns to his favourite course on the planet and the scene of his maiden Masters triumph. Accuracy is often valued more than length around Augusta, which suites Spieth’s game just fine. As one of the best putters in the current game, Spieth has been able to tame the slick nature of the greens as well. All this, combined with a string of positive results make him one of the favourites in the bookmakers eyes.

However, it remains to be seen how Spieth will perform mentally, as his 2016 meltdown will no doubt be playing on his mind. Last year, Spieth blew a five-shot lead in the final round – hitting two consecutive balls in the water – in one of the worst collapses in Masters history. Only time will tell if he has shaken that off.

The four-time major winner will stroll down Magnolia Lane a touch undercooked given his rib injury that saw him spend a month on the sidelines. All that the Northern Irishman has to go by is his rather early exit at the WGC – Matchplay, but will be buoyed by the memories of his thrilling win at the TOUR Championship last year.

Something else in McIlroy’s favour is the weather, as it is shaping up to be a wet week at Augusta. This suites McIlroy’s length off the tee and high ball flight, allowing him to attack the pins. However, there will be some pressure on him, as he is still hunting a Masters win that will give him a career grand slam.

Without doubt one of the best players in the top ten to have not won a major. The Japanese superstar went on a prolific run in the latter half of 2016, chalking up four wins and two solo second places in just six starts. And at just 25-years-of age, Matsuyama has youth on his side.

One of the remarkable aspects to Matsuyama’s game is his ability to remain calm under pressure, as is evident by his three playoff wins, the most recent being at the Waste Management Phoenix Open in February. The four-time PGA Tour winner also has a decent record around Augusta, finishing fifth and tied for seventh in his last two outings. Watch this space…

Day’s pedigree suggests he is a much better golfer than his recent results suggest. However, there is some doubt being thrown over his Masters chances given the recent news about his mother, who underwent surgery for lung cancer.

Nonetheless, the Australian is no stranger to the mental rigours of professional golf, often battling fatigue and dizziness to lift the silverware. Another big hitter, Day is certain to pick his way around Augusta with aplomb. Should he don the Green Jacket on Sunday afternoon, we will sure see waves of emotion.

Features Home The Majors The Masters