Johnston no flash in the pan 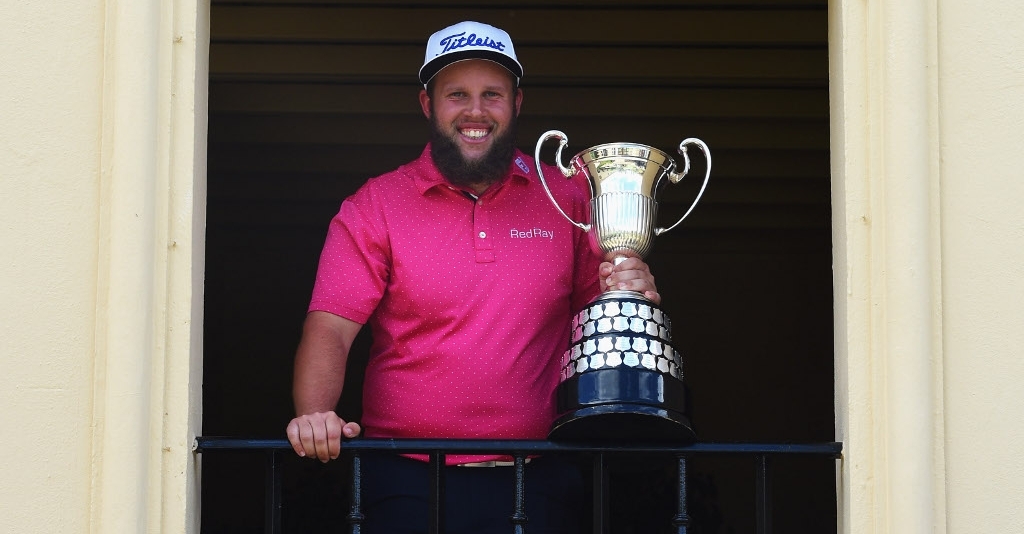 Andrew ‘Beef’ Johnston’s maiden European Tour victory at the Open de Espana was a popular one with fellow players, caddies, his Twitter followers and members at his home club, North Middlesex, all celebrating the coming of age of a golfer who is always ready with a smile.

When he admitted afterwards that he was looking forward to “getting hammered”, the response on social media and across the internet was electric, as golfers who were previously unaware of him immediately associated with a down-to-earth character who was high on emotion.

But it would be a pity if that excitement allowed people to miscast Johnston. Yes, he enjoys life, but his victory was no flash in the pan – it was a result built on hard work, preparation and self belief.

When Johnston completed the up-and-down on the 72nd hole that secured victory at Valderrama it called to mind the up-and-down he crafted to win his first European Tour card back in 2011, at Challenge Tour Grand Final in Italy.

Talking of that final round three years later, at the 2014 Grand Final, he said: “I didn’t get much sleep and I was nervous during the round too, but you just play don’t you? Everything was shaking when I needed that four down the last, but you’ve got to concentrate and trust you can do it.”

Four and a half years later that experience bore fruit.

But that first crack at the main tour was chastening. “It was a tough year, a steep learning curve. Simple things like more people, more going on, playing near people you normally only see on telly, realising how good they are, big crowds, grandstands on the final green.

“They’re little things, but getting used to it was a big thing. I also learned I needed to be fitter and work harder on my game.”

Unfortunately a shoulder injury threw a spanner in the works. “All those plans to get fit,” Johnston laughed, “and I ended up putting weight on. It was tough.”

In the winter of 2013-14 he stepped things up, taking a physio and personal trainer on-board and spending months in Spain and Portugal honing his game ahead of the Challenge Tour season.

“The difference that year was that I knew I’d put in all that training and hard work so I had no doubts. I was trusting and committing to the shot.”

He won twice on the way to topping the Challenge Tour rankings and his second stab at the European Tour saw him heed the lessons as he finished 70th in the Race to Dubai.

“The injury was a turning point,” he said. “When I got through it I made some changes and worked harder. You have to put the effort in, commit and let the scores take care of themselves.”

Crucially making his card was not enough. At the Dunhill Links Championship last autumn he was ruing a summer of missed opportunities and that helped fuel the breakthrough in Spain.

“I came off the course and I just started crying with the emotion of it,” he said after victory was assured. “It's just very surreal and I don't think it will hit me for a few days.”

When it hits him he will reflect on the journey has has taken, he will be proud and, if the evidence of the last few years is any guide, he won‘t be resting on his laurels.