Italy excited about the 2022 Ryder Cup 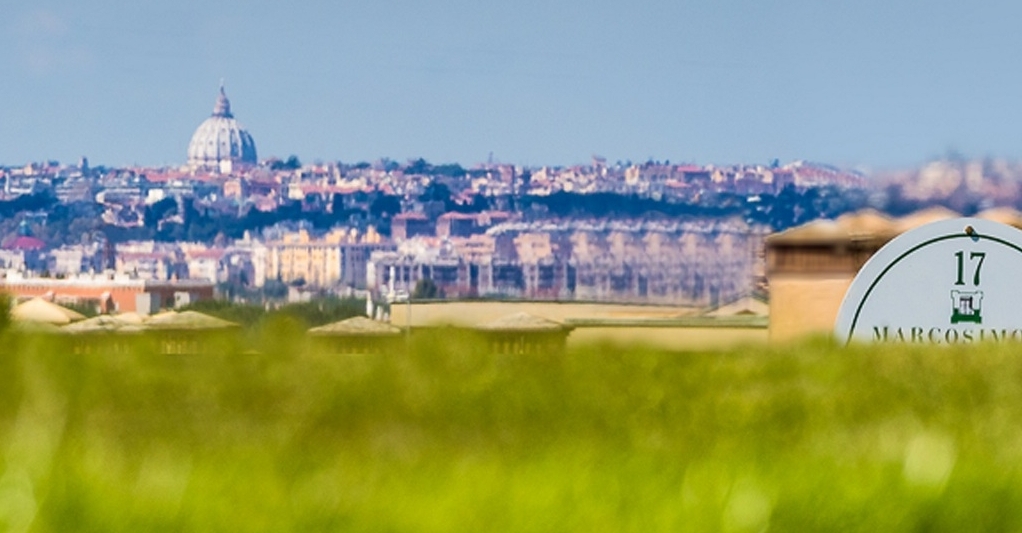 There are only five weeks until Hazeltine welcomes Europe and USA for the Ryder Cup. Meanwhile Italy is already planning its hosting of the event in 2022.

The Challenge Tour’s Montecchia Open, hosted by Golf della Montecchia in Padova, was pretty spectacular in itself – a tree-lined course in Italy's northern spa country, overlooked by a castello and just a short drive from the floating city of Venice.

But when Golf365 was welcomed by the Organizing Committee of the 2022 Ryder Cup one evening during the tournament, it became quickly clear that this tournament was merely an aperitivo.

Italy is ready and it is preparing to wow the world with its Roman Ryder Cup, just as the country has been doing with its cuisine for centuries.

When the host for the 2018 Ryder Cup was chosen only continental European venues bid and it was only fair because between 1979 and 2018 – some four decades in which European participation has redeemed the event, turning it from a mismatch to a worldwide phenomenon – it had only once been held outside Great Britain and Ireland, something of an insult to the contribution of the non-Anglo Saxons and Celts.

Paris won the right to host in two years time and there is absolutely no doubt that in utilising the Palace of Versailles and the Eiffel Tower the Ryder Cup will be treated to a stunning backdrop.

But guess what? Four years later Rome are going to join in. Their backdrop, too, will be a feast for the senses.

No golf on Day 1 at the #MontecchiaOpen, but still much of interest – not least the 2022 Ryder Cup in Rome…https://t.co/8hUZD72Dn1

Ever wondered what Europe has done for golf? Consider this. Britain gave the Ryder Cup an urban landscape, that of Birmingham in the West Midlands and Newport in South Wales.

In contrast Europe is giving us historical settings, those of Paris and Rome.

And make no mistake, Rome will be an integral part of 2022. The Eternal City will frame the tournament just as trees and bunkers frame a course.

The opening ceremony will take place in the Collosseum; the closing ceremony will feature a medieval castello. Marco Simone Golf & County Club, host for the week, boasts a panoramic view of Rome which includes a bird’s eye view of the Vatican City and the dome of St Peter’s.

Awed by this ideas Golf365 asked what else the Italians would bring to the Ryder Cup. “Food, love, wine,” said the representatives, with wry smiles. “La dolce vita.” The beautiful life.

It does seem that at the moment there is a laid back approach to organisation. The nuts and bolts of the scheme appear to be awaiting finalisation if the reticence to chat about them is anything to go by, but there is excitement too.

Italy has more golfers than Germany, France and Spain, and yet the Golf Federation remains concerned that it is deemed an elite sport. The Ryder Cup is a golden opportunity to correct that.

The first step towards changing matters comes next month when the Italian Open begins a radical transformation.

Last year the prize fund was €1.5 million, this year it will be twice that, from 2017 it will be worth €7 million (the BMW PGA Championship currently has a €5 million purse).

It is hoped and believed that a world class field will be drawn to Italy.

“It is a message to the population of Italy that golf in our country is not only important to us but it is globally important,” said Alessandro Rogato, president of the Organizing Committee. “If they understand that they will come to appreciate what an opportunity the Ryder Cup is for all Italian sport.”

It is an opportunity for fans as well.

Venice, Florence, Rome, Naples — no Ryder Cup in history will have ever had the add-on mini-break potential of 2022. Prepare for something spectacular.