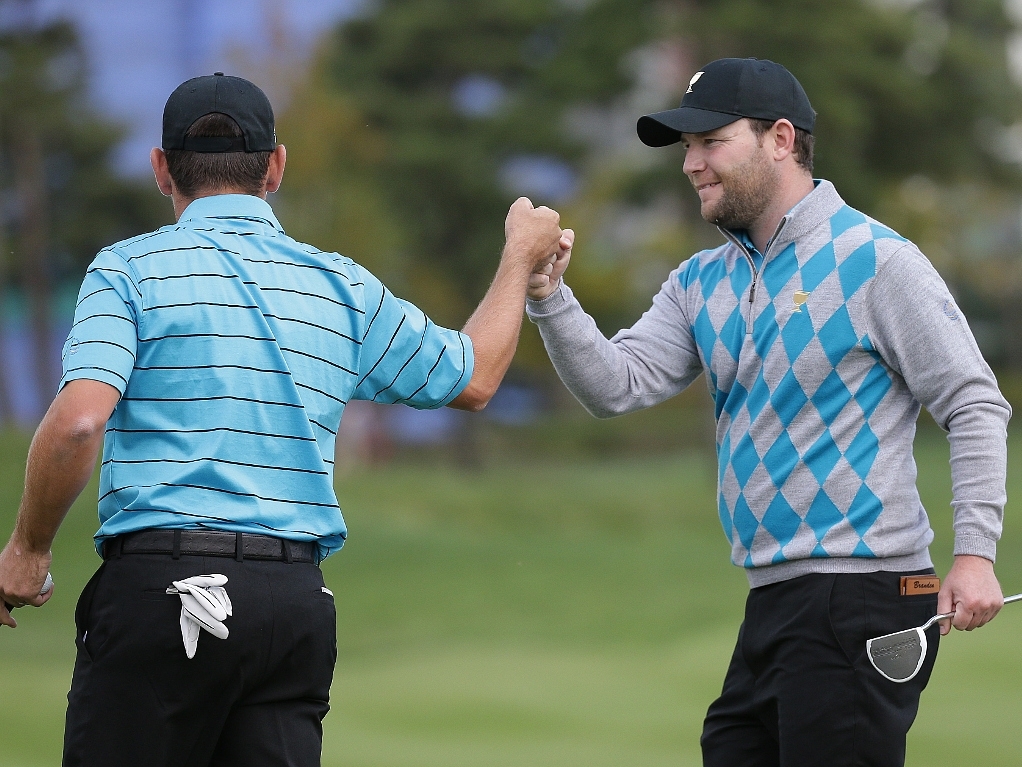 The International team remain in with a chance of winning their first Presidents Cup in 17 years after the American team ended Saturday with a narrow advantage.

Saturday's foursomes and fourballs matches proved a topsy- turvy affair and at the end of the day's action at the Jack Nicklaus Golf Club, the one point advantage Jay Haas' American team had at the start of the day remained intact.

That means the winner of the event will in all likelihood be the team that has the better of the 12 singles matches on Sunday, as the US team goes into the final day's competition leading 9.5-8.5.

Scott in particular has been in abysmal form so far this week in Incheon, losing twice and halving the other two matches he has been involved in.

The mainstays for the Internationals so far this week has been the South African pairing of Branden Grace and Louis Oosthuizen, who are unbeaten with four wins from four.

Prior to the event, Internationals captain Nick Price described Korean-born New Zealander Danny Lee as his secret weapon this week, but after three days' action, it seems that the Zimbabwean has identified the wrong player with Incheon roots as his trump card.

Bae Sang-moon, a captain's pick for the tournament, who is set to join the Korean army for two years mandatory military service, was on fire for the Internationals on Saturday while Lee was being rested amidst various putting problems.

In Saturday afternoon's fourballs, the Korean native sunk birdie putts on three consecutive holes on the front nine to claim a 6 & 5 win for him and his Hideki Matsuyama over Jimmy Walker and Chris Kirk.

Bae also earned a vital point on Friday when he and Lee shared a match against Rickie Fowler and Walker, having trailed all day.

In the final match of the day, Patrick Reed and Jordan Spieth took out Day and Charl Schwartzel 3 & 2 to restore the narrow advantage the US team had at the start of the afternoon session.

Meanwhile, Oosthuizen and Grace earned their fourth point when the latter hit two fine shots to reach the final green in near darkness, before a birdie handed them a 1up win over Bubba Watson and JB Holmes.

"I think Branden has showed what a world class player he is," Oosthuizen said. "There is no moment too big for him."