GolfSixes: Golf…but not as you know it 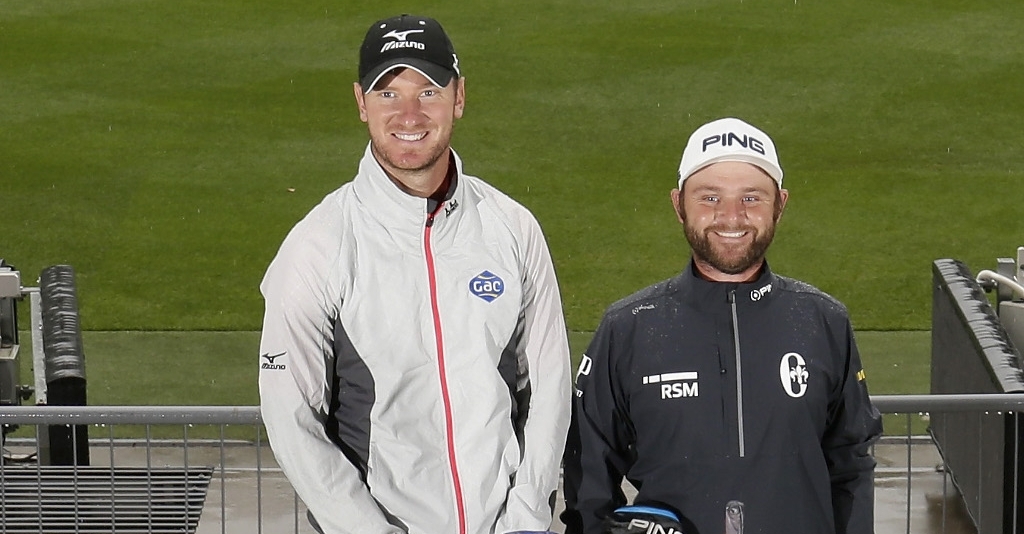 The European Tour’s hyperactive journey into the future of golf continues with another six-hole experiment, this time in the home counties of England, complete with a dash of showbusiness, a burst of loud music and a host of international teams.

The World Super 6 Perth was the first of this season’s ventures towards the nirvana of Twenty20 for golf and it went well. But whereas that tournament followed 54-holes of strokeplay with one day of frantic six-hole matchplay, GolfSixes promises non-stop shortened action.

“Golf needs to modernise,” states European Tour CEO Keith Pelley, “and introducing innovative new formats is a major part of achieving that aim. We want to broaden the appeal of our sport to the millennial demographic and I think this format will do that.”

Key to the Pelley’s strategy is not just what happens on the course, but how fans experience it. “It will not only be quick and exciting,” he says, “but the interactive digital experience the fans will enjoy on the site and the innovative television coverage people will enjoy at home are important. We are in the entertainment content business with golf our platform.”

Brave new world or dodgy gimmick? Only time will tell.

The Centurion Club near St Albans should have no difficulty attracting large galleries, being close to the M25 and M1. The tournament will use six of the club’s holes and all of them will be within east reach of all facilities – the idea being that fans are close to all of the action.

The track’s designer Simon Gidman suggests there is a “distinct links feel” to the course. It’s usually wise to take such words with a pinch of salt when the layout is as far from the sea as this one is.

GolfSixes takes place on Saturday and Sunday 6/7 May. The first day’s play will see 16 international teams of two golfers play in four groups of four. They will play three six-hole matches against their group opponents.

The matches are played in the greensome format which sees both players tee off, the best shot selected and the rest of the hole played as alternate shot. Teams win a point for winning the hole and all six holes are played during the group stage, giving match scores (e.g. 4-1 or 2-2). There are three points for a win, one for a draw, none for a loss and if teams are tied in the group, points difference will determine the eight teams (the top two in each group) which progress to day two.

Sunday sees knockout golf, starting with the quarter-finals and including a third/fourth play-off.

Expect the unexpected. Vernon Kay will be hosting, Facebook Live and Twitter Live will stream on-course interviews with the players, unique camera angles have been promised, Kevin Pietersen and Denise Van Outen will commentate, players will walk onto the tee with background music and pyrotechnics, the third hole will incorporate a long drive contest, and there will be a shot-clock demanding all shots be hit within 40 seconds.

Some of this will work. Some of it won’t. At times it will be fun, it may also be toe-curling. Pedants and stick-in-the-muds should take a chill pill, a glass of Scotch, or just not watch.

Undoubtedly the team to beat. Not only on home soil, but at 61 and 62 they are the highest-ranked players in the field. In addition, Wood is just a few weeks from defending his BMW PGA Championship title. They also have experience of playing together – they represent England at last year’s World Cup where they finished T13. Wood was T4 in last week’s Volvo China Open, hitting a magnificent 7-under-par 65 in round three and Sullivan was T15 in the Houston Open then played all four rounds when finishing T48 at the Masters. The crowds will be out in force, not just the always loud Sully Army, but Wood gains support from Bristol too.

The espirits des corps of the French golfers on Tour is evident every time one of their number claims victory: his compatriots are always quick to hit the final green with bottles of champagne and hearty pats on the back. What’s more they were indulging in such extravagance only last Sunday to celebrate Levy’s superb victory in the Volvo China Open. The 26-year-old is now a four-time winner on the European Tour and his attacking methods, plus an ebullience that thrives on having fun, might make him the perfect fit for GolfSixes. Bourdy is a more sedate character, but his class has been evident in his four wins on the circuit.

But we can assure you he’s saving himself for #GolfSixes %uD83C%uDFCC%uFE0F pic.twitter.com/dvjiIuToSC

In the entire history of the European Ryder Cup team when one nation’s golfers team up to play in foursomes or fourballs no country produces points at the rate of Spain. Obviously the Seve Ballesteros/Jose Maria Olazabal combination have much to do with it, but the success resonates in other pairings and there’s no reason to believe Larrazabal and Canizares won’t thrive this week. The latter’s father was a successful Ryder Cup performer and it is highly unlikely that Alejandro will follow his father onto that stage so this is a great opportunity for him to thrive in a similar environment. He will do so with a player whose last three results read: T13-T11-T3.

As the reigning World Cup holders, Denmark have to be taken seriously this week even if half that team (Soren Kjeldsen) is not in attendance. His replacement, Bjerregaard, might easily be suited by the course so team-mate Olesen is likely to feel confident of completing an unusual team double. Olesen has shown some form in recent weeks, most notably when finishing T8 in the Shenzhen International, but Bjerregaard is treading water a little. He was all set to play in the final group in Morocco three weeks ago, but finished his third round with three straight bogeys and never recovered on the final lap – but that does indicate he’s not far away in form.

The form might not be there for the Scottish team, but it would be unwise to overlook their chances. Ramsay is a classy golfer, good enough to win the 2006 U.S. Amateur titles and add three titles on the European Tour. His seasonal best is T12 in the Tshwane Open. Warren is also a three-timer winner on the Tour, but he can also boast success in the World Cup of 2007, when he teamed up with Colin Montgomerie. His best this year is T20 in the Maybank Championship.

Maybe not the immediate eye-catchers, but between them they own 11 European Tour titles. The veteran Jaidee has eight of those and whilst he’s 47 years of age it’s only last year that he claimed the prestigious Open de France against a stellar field. Aphibarnat, at 27, is the apprentice of the team, but has proved himself with three wins including the Paul Lawrie Match Play in 2015. Jaidee went T8-T48 during the fortnight in China, whilst Aphibarnrat went T21-MC. If those results look a little light, don’t discount them too fast. Jaidee is one of the canniest operators on the circuit and the course looks made for Aphibarnrat’s aggression.