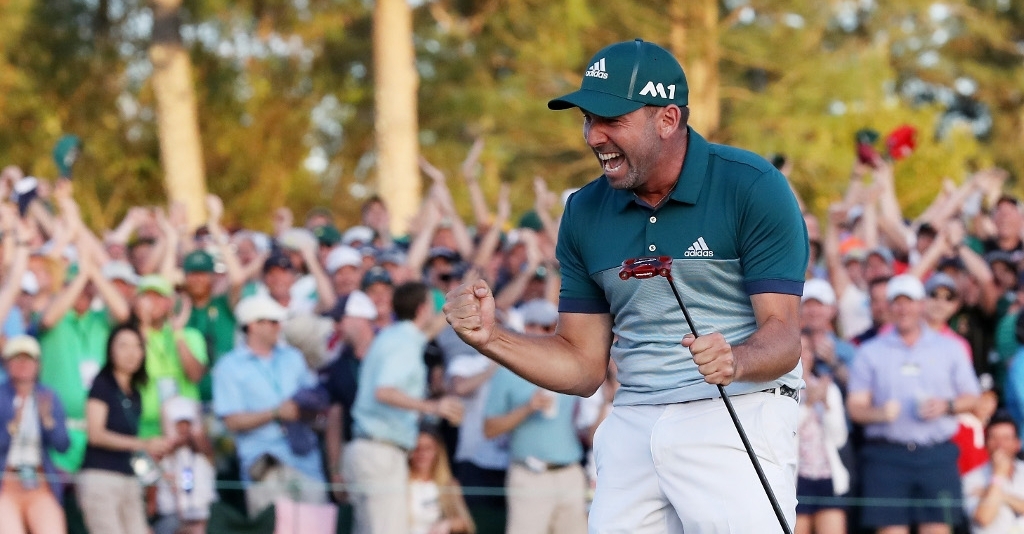 After countless disappointments, Sergio Garcia was finally able to banish his demons and experience the unbridled joy of a first major victory at the Masters on Sunday.

For so many years, and so many attempts, and for all his impressive talent, the Spaniard could not break through at one of golf’s four major tournaments.

He came so close so often only to be denied, that he had come to a grudging acceptance that a major victory might not be written in the stars for him.

But all that changed on the 18th hole at Augusta National on Sunday. Given two putts to win the title on the first play-off hole after opponent Justin Rose’s wayward tee shot, Garcia needed only one. The ball crept towards to the hole, circled around the cup, and dropped to cue a victory celebration for the ages.

No one who has followed golf in even a peripheral sense could not have felt happiness for Garcia at that moment. After 73 failed attempts, his perseverance finally paid off on the greatest stage of them all.

No golfer has ever taken longer to win their first major. And no major victory has probably been sweeter.

Even the loser understood the enormity of the moment for his opponent.

“Nobody deserved it more than you do,” Rose told Garcia on the 18th green. “Enjoy it.”

In the early days of his major failures, Garcia would often make excuses. As time wore on, that sense of defiance seemed to turn into a sense of defeat.

It was at Augusta five years ago, after yet another major heartbreak, that Garcia said “I’m not good enough… I don’t have the thing I need to have.”

But the 37-year-old seemed to turn a corner recently, embracing a newfound level of acceptance of his past defeats, and a more optimistic sense of belief over what the future might hold.

“Because where my head was at sometimes, I did think about, Am I ever going to win one?” he said Sunday night. “I’ve had so many good chances, and either I lost them or someone has done something extraordinary to beat me. So it did cross my mind.

“But lately, I’ve been getting some good help, and I’ve been thinking a little bit different, a little bit more positive. And accepting too, that if for whatever reason it didn’t happen, my life is still going to go on. It’s not going to be a disaster.”

His newfound maturity and calmness paid off in spades at Augusta on Sunday. After two early birdies handed him a three-shot lead, the wheels appeared to come off after the turn, as Garcia followed back-to-back bogeys on 10 and 11 with another wayward tee shot at 13.

It seemed he was due for yet another disappointment, but the Spaniard’s head didn’t drop.

“In the past, I would have started going at my caddie, ‘Oh, why doesn’t it go through?’ or whatever,” he said. “But I was like, well, if that’s what’s supposed to happen, let it happen. Let’s try to make a great 5 here and see if we can put a hell of a finish to have a chance. And if not, we’ll shake Justin’s hand and congratulate him for winning.”

Garcia saved par on 13, followed it up with a birdie on 14, and then stormed through the par-5 15th in just three strokes to share the lead.

He was able to force a play-off against Rose, and the rest, as they say, is history.

The longer the wait, the sweeter the destination. #themasters pic.twitter.com/rTUzA85Oii

Never one to shy away from showing his emotions, Garcia victory celebration was typical of his character.

Not always a favourite of American crowds, particularly after some of his battles, verbal and otherwise, with Tiger Woods, the Spaniard had the Augusta patrons chanting his name. No one wanted to deny him his moment.

“Obviously this is something I wanted to do for a long time, but it never felt like a horror movie,” Garcia said. “It felt a little bit like a drama, maybe. But obviously with a happy ending.”

And who doesn’t love a good happy ending?

Features Home The Majors The Masters