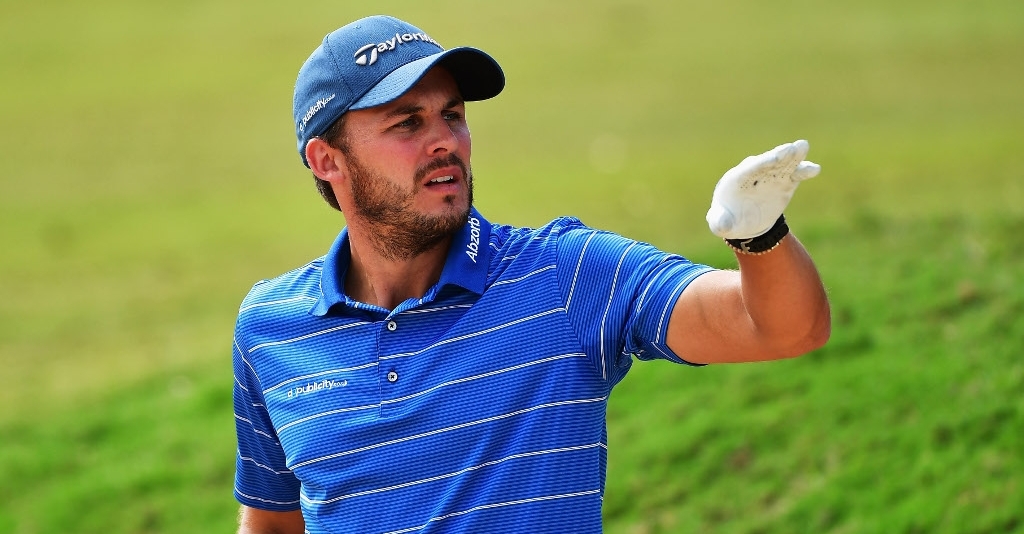 As one set of golfers contemplate a return to Q School, some of last year’s graduates can reflect on a job well done, as Matt Cooper reports.

The last regular event of the season is a bit like a TV series in which the minor characters steal the show from the stars – and so it was last week when the Race to Dubai was over-shadowed by the Scramble for a Card.

For Graeme Storm, the experience was particularly visceral, as his future prospects altered with every swing of the club: from the high of smashing his approach to the par-five 17th over water to create (and then take) a birdie opportunity, to the low of playing the final hole like a man reaching for the side of the swimming pool before he’d got close enough to make it – and the reality that only €100 made the difference (or one shot, just one, in the 5,720 he hit all year).

But as discussed in Friday evening’s Card Chasing Update, the magic (or, for those involved, misery) of days like these is that each shot resonates beyond the golfer playing it – the fortunes of others are impacted too.

So it was that Storm’s performance was being watched (or maybe not watched, maybe it was too stressful) by others, such as Daniel Im and Chris Hanson, all too aware their fate was in the hands of another.

Hanson had not been entirely passive on Sunday. He began the day knowing that his start-of-the-week ranking of 105 had slipped into dangerous territory. Very dangerous, in fact, and his Saturday round of 74 hadn’t helped matters. He needed every Euro he could squeeze from the prize fund on Sunday.

So nine birdies in a 66 helped, but it was far from your average Sunday morning round of golf. “The first hour was pretty nice,” he said after it was confirmed he had just done enough, “but the next two hours I’ve never felt my heart beat like that ever. I don’t know how to explain it other than that. It’s overwhelming.”

I really am speechless! There are too many people to thank, but this has been a HUGE team effort! #109 @europeantour #thankyou

It’s easy to pull for Hanson, who provides genuine insight into the realities of tour golf through his Twitter account and blog. His enthusiasm is infectious, he recognises what an opportunity he has, and he never forgets to say thank you to the right people.

Watching the final round prompted me to return to his blog entry from last November’s Q School and remind myself of the journey he’s made.

His story at PGA Catalunya was a good one, recounted with refreshing honesty about the difficulties of maintaining composure, keeping a clear head and not being distracted by well-meant messages of support.

But despite entering the final round T6, his experience that day was anything but straightforward: he found water three times, was leaking shots left, right and centre, and failing to take advantage of the “easy” holes.

Suddenly he needed to play the final three holes in level par to cling onto the last of the cards and the worst possible thought popped in his head: that the week before he had been chatting with playing partner Sebastian Gros about those very holes and how Gros had made bogey at each of them to miss out on a card by one.

But after 15 holes of trouble – and with a frazzled brain – Hanson stood firm and made it.

“A childhood dream,” he wrote, “a lifetime ambition, everything I’ve ever worked for in this game has been to play on tour! The sacrifices my family has made, the milestones I’ve missed with the kids have all been worth it to give us this opportunity in life!”

And now, 11 months on, he has made the most of that chance. He’ll want to build on what he has achieved (he’s not the type to sit on his laurels) but the resolve he called upon in those final three holes has been rewarded.

Returning to the scores at Q School was a reminder that winning Q School is no guarantee of success: Ulrich Van Den Berg claimed that honour and yet made just four cuts all this season.

In fact only nine of the 27 card winners have retained their playing rights for 2017 reiterating the fact that Q School is not the final hurdle, but the first.

Selection of goals is paramount to a golfer’s success. The golfer who enters a tournament seeking only to make the cut is often the one who struggles to do so because in seeking to minimise his mission he inadvertently does the opposite.

So it can be with the golfer who views winning his card the end game; he overlooks that he’s only earned the right to start a new race, not determine where he will finish in it.

You sense from Hanson’s blog that he and his team understand that distinction. You also sense that another of last year’s card winners had an approach this time around which has made a difference.

Eleven months ago Matthew Southgate claimed the sixth card at PGA Catalunya, an emotional moment for the golfer who, just five months earlier was recuperating from cancer surgery and wondering if he would be fit enough to start Stage 1 of Q School, never mind complete the entire journey.

“I tell you what,” he told me earlier this year, “everything that happened at Q School was plotted in my mind sat at home in recovery. I’d played it all a hundred times.”

The resolve that got him through those five months was called upon again when he made just one cut in the first seven starts of the season.

The form was there, it just wasn’t reflected in the results, so he stayed patient and slowly things improved, peaking with a solo fourth in the Irish Open and T12 in the Open Championship.

He’s made ten top 25 finishes in his last 20 starts and enters the Final Series as the top ranked Q School graduate at 47th in the Race to Dubai so there were no end-of-year card grabbing concerns for him.

Matthew Southgate on his battle back from cancer to starring on the European Tour: https://t.co/59XuV8X5MR via @YouTube

Another success stories of 2016 – Alex Noren – has credited his three wins with the birth of his daughter in the spring.

“Since we had our baby I’ve looked at golf a little less seriously than before,” he said. “It’s helped. I mean, I made a double bogey today and it doesn’t hurt as much as it did perhaps a year ago. I think that’s the biggest change for me and I don’t dwell on those things every night.”

Southgate has expressed similar thoughts in the light of his own circumstances and also stated: “Watching the Open last year after surgery, it really proved to me how much the game means to me, how much I wanted it.”

This year he had the chance to prove it; to translate that desire into returns – and it was an opportunity he hasn’t wasted.