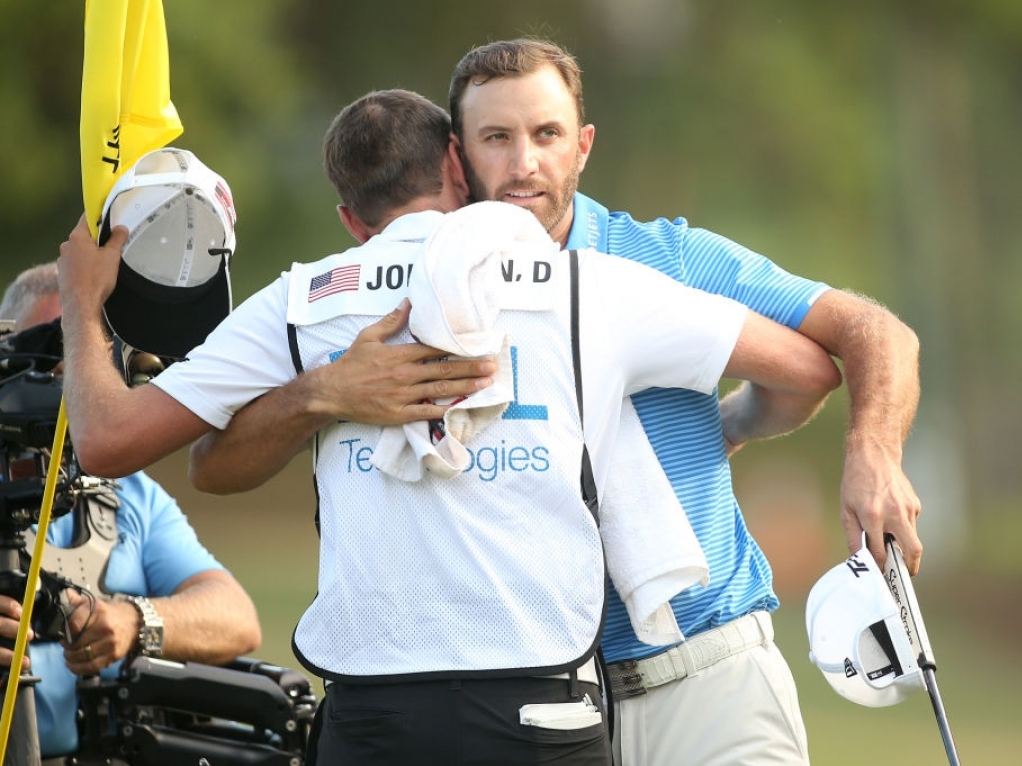 The 32-year-old reigning US Open champion chalked up a third straight tournament with his 1-up win against the up-and-coming Spaniard, and in doing so also became the first player to win all four World Golf Championships.

Johnson, who had been in fine form all week, was taken beyond the 16th hole for the first time in the semifinal following an error-strewn round against Japan's Hideto Tanihara, but he held his nerve on the final hole, sinking an eight-footer to edge a 1-up victory.

In the final, Johnson had been five up after eight holes, but held on for another 1-up win as Rahm fought back with four birdies on the back nine.

Dustin Johnson defeats Jon Rahm 1UP to win the @DellMatchPlay for his third consecutive victory. pic.twitter.com/at1GgFeqkA

Rahm, meanwhile, made it to the final after beating American Bill Haas 3&2.

The 22-year-old Rahm, a former amateur world number one, won his first PGA Tour title at the Farmers Insurance Open in January and is currently ranked 25th in the world.

Rahm would have been the youngest winner of a WGC event.

Speaking ahead of the final, Johnson said: "He's a great young player and he's playing really good right now. I think it's going to be a really good match."

“I still feel like I'm not playing my best golf."