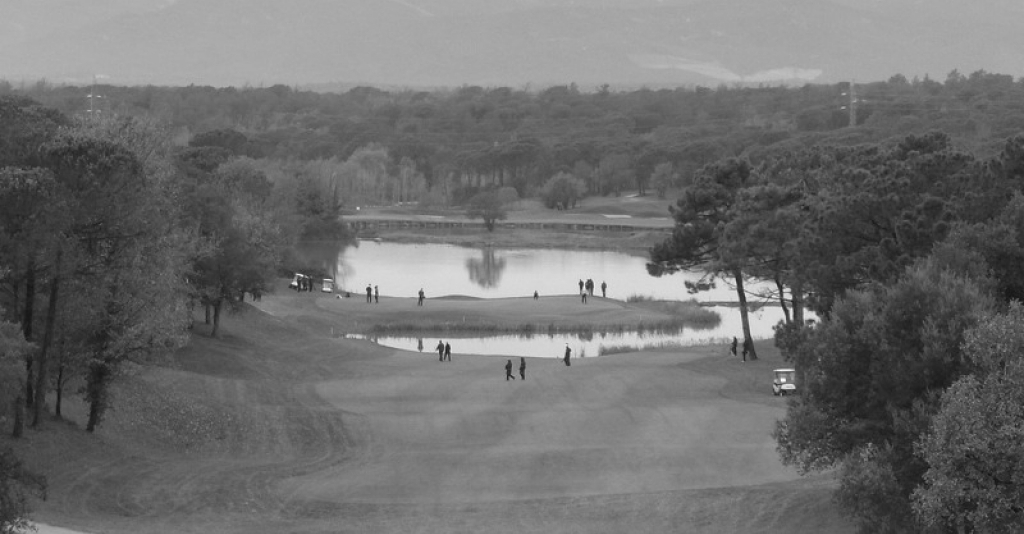 I’ve attended Q School twice – the first time in the middle of a holiday (what sort of sick bastard goes to Q School in the middle of a holiday? Good question) and the second time as a journalist (what sort of sick bastard asks golfers daft questions at Q School? Good question. Although, to be honest, I spent most of the time hiding behind trees because I didn’t want to catch anybody’s eye. True story.)

My reaction is one Ross Biddiscombe, author of Cruel School, might recognise. There’s a fatalism about the week that is rarely apparent on the regular schedule – in a tournament you miss the cut and skip the weekend, at Q School you miss the cut and lose a year; the prize fund is low, but the stakes are high.

It’s golf’s nearest equivalent to reality television and Biddiscombe was watching like an addicted viewer: “I was hooked, particularly (although, perhaps, rather ghoulishly) by the tailspin disasters”.

Biddiscombe has written two previous books about Q School and this third has a three-fold aim: initially to revisit the stories of the players he met in the first book, secondly to expand on his personal attachment to two of those players, with the final section acting as a history of the event.

In Part One he uses the story of seven golfers – who between them cover many of the career paths which draw players to Q School – to provide insight into the journey made by the aspirant touring pro.

“For these regular visitors to Q School,” he writes, “the event can become a magnificent obsession, an immensely dark place if failure is the norm.”

None of the seven, for all their endeavour, ever truly make it in the long-term (although Phil Golding has enjoyed success at Senior Tour level); their Q School experience was by and large repeatedly dark.

The most poignant moment is when Euan Little remembers a conversation his parents had concerning the purchase of expensive new clubs when he was a teenage prodigy. His coach Bob Torrance waved their worries away with the words: “Don’t worry about your son, he’ll be a millionaire by the time he’s 30.”

Little reflects: “Here I am now talking about failing at Q School at 30-years-old and I’m not a millionaire. I’ve never forgotten what Bob said.”

It’s one of the unacknowledged difficulties of a professional golfers life: dealing with well-meant, but potentially destructive, words which lay land mines of expectancy and entitlement, and have the potential to wreck progress.

One chapter begins with a quote by Lee Westwood: “You can’t think about the future, that’s what separates the journeymen from the good players.”

It’s a line you’re reminded of when, in Part Two, Biddiscombe revisits the story of Chris Wood, the subject of his second book, whose journey since has included multiple European Tour victories and a Ryder Cup debut.

It becomes clear that Wood’s progress through the Q School test was very different to the first seven. Sure, he had his moments of stress, but there was a certainty about him where those others were consumed by a strained and exhausting hope.

Part Two is also designed to throw light on Biddiscombe’s own “hiding behind the trees” conundrum.

The process of writing the second book, he writes, “was very emotional because it’s impossible to follow players closely through this kind of event and not become connected to them.”

It is not just the two fine courses which makes PGA Catalunya is a better venue for Final Stage than San Roque. There is also the accident of its geographical location and the time of year.

San Roque lacks the drama of PGA Catalunya’s setting: the snow-peaked mountains in the background; the deep forest which surrounds the course adding an eerie silence; the frequent early morning autumnal mist which lingers on the lake and whispers through the trees.

It’s a wonderful back-drop for a mad week in which everyone feels like they have pebbles in their stomachs.

As Biddiscombe writes: “(This book) is produced from the writer’s perspective, the person trying to stay objective when everyone around him is close to tears of either joy or despair. It is not just the professional golfers who are drawn inexorably back to this sporting torture chamber every year.”