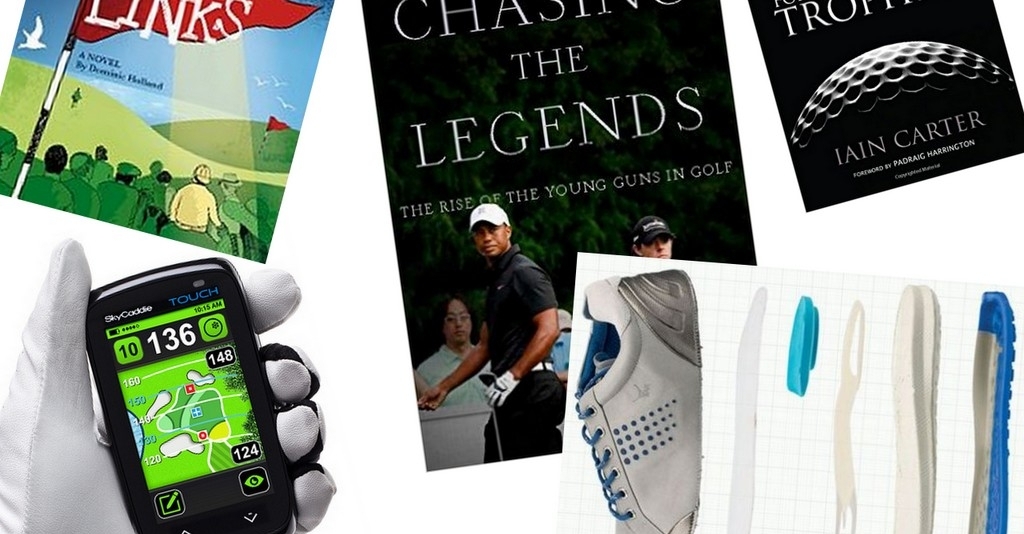 Here’s the annual Golf365 Christmas wish list – there’s something here for every wallet and each of these is something every golfer would want.

But there is also plenty of insight into the likes of Sergio Garcia, Victor Dubuisson and Martin Kaymer. Ryan travels the world, asks a lot of questions, sometimes get no answers, sometimes get some great ones.

It’s a very quick read, sometimes a bit naïve, but often very shrewd. You might not always agree with him but you’ll enjoy reading what he’s written.

An incredibly enjoyable and really quite charming novel, in which one round of golf at the Open impacts on the lives of many colourful characters, both around the course and across the country.

It’s mostly the story of Ricky, a journeyman golfer, and a boy called Ben, who is desperately in need of a bone marrow transplant and, by chance, finds himself watching the start of Ricky’s round and becoming attached to what is unfolding.

Thoroughly recommended and all proceeds from the book go directly to Anthony Nolan, making the £3.99 price even more great value.

The SkyCaddie USP is that unlike competitors they map courses on foot, rather then rely on distant photography. The result is a library of courses that have been walked and accurately measured (and also updated).

The Touch is SkyCaddie’s flagship product and they say: “It is the most advanced and accurate GPS distance measuring device yet produced by the company which pioneered the category over a decade ago.

“The wealth of information provided instantly by SkyCaddie TOUCH (up to 40 pre-defined Target Points per hole, plus limitless other target points when you Zoom) gives serious golfers both speed and performance advantages over laser users, with zero blind spots.”

There is something enjoyably space age about the Danish shoe manufacturer, whilst remaining very grounded (that’s a bad joke about their thoughts on shoe technology).

“The human foot,” ECCO says, “has 26 bones, 32 muscles and tendons, and 107 ligaments. A perfect natural shock absorber, cushioning the impact of each step.

“Our BIOM technology mirrors the natural motion path, creating a superior golf playing platform. And with our series of design patents we can free the foot muscles helping players to land more toward the mid-foot.

The bottom line is they are very, very comfortable and they look good too. Whether you like traditional or modern looks, ECCO have the shoe for you.

This year’s major were as good as they have been for a very long time. Jordan Spieth’s magnificent Masters, the chaos of Chambers Bay (and another win for Spieth), McIlroy’s five-a-side drama and the cavalry charge at the Open, and then the long awaited major championship ascendancy of nice guy Jason Day at the PGA.

Relived it all again with the BBC‘s golf correspondent.