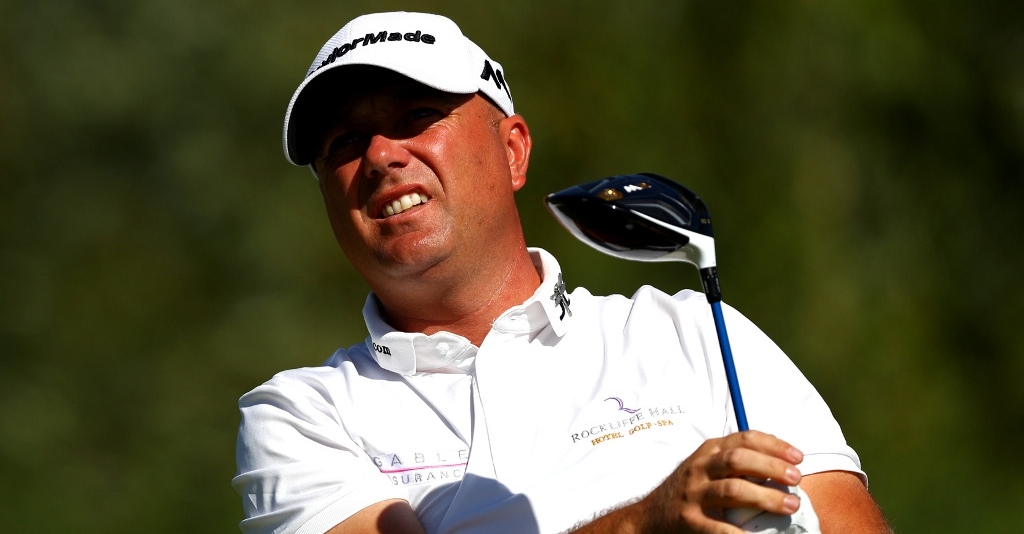 It's not quite the last chance saloon – next week's HSBC Champions tournament officially ends the European Tour's regular schedule for 2016 – but for the vast majority of the players, this week's Portugal Masters is the final opportunity to retain a card for 2017.

So whilst some concentrate on the Race to Dubai, and a few fight for the title come Sunday afternoon, many others will be scrapping to finish inside the top 111 (it would be the top 110 but David Lingmerth's affiliate membership removes him from the equation).

It promises to be a nerve-shredding conclusion to the year. Here's our guide to the best of the on-the-bubble stories:

The par-five 18th green at The Grove made a difference.

Pelle Edberg secured birdie at the 72nd hole of the British Masters to finish T12th on 10-under-par and earn an extra €9,722. That's a slightly rough estimate because ties would have muddied the issue, but essentially because of that putt he is more or less safe this week at 102nd in the rankings.

Eddie Pepperell, in contrast, also reached the final tee at 9-under, but a bogey cost him about €5,567. He heads into this week ranked right on the number at 111th. Had he holed the penultimate putt he would have been 106th.

Having seen the course, either Thursday or Friday morning we could all be on 59 watch as it's a real possibility someone could do it.

There were few more popular results last week than the T32 claimed by Florian Fritsch after weekend rounds of 67.

The German has had a remarkable three years since he decided to quit worrying about his fear of flying and just drive to tournaments instead (we talked to him last Friday – story here). When concentrating on the events he can reach by car he has graduated from the Challenge Tour, finished 120th last year, and is now ranked 105th – in other words he's on the brink of something truly special: regaining a card in just 12 starts.

Speaking after his final round at The Grove he confirmed that, even though he remained a reserve for this week, he was heading to Portsmouth to catch the 36-hour ferry to Bilbao, from where he would drive across Iberia – and as his ferry crossed the Bay of Biscay he received the good news that the journey was worth it: he was in the field.

Evans going for the hat-trick

Back in 2014 Ben Evans looked set to graduate to the main tour via the top 15 of the Challenge Tour. However circumstances combined to see him drop out of the reckoning at the very last second: it needed a birdie-blitz from Jerome Lando-Casanova and dropped shots by two other players. The imperfect storm occurred and Evans walked quietly away as others celebrated.

Twelve months later his season concluded in dramatically different fashion. Despite missing out on a full card he had used his limited schedule well and was 118th heading into the final event, the Hong Kong Open. A third round 66 gave him the chance of getting the top ten finish that might – might – change his fortunes.

Whereupon his shoulder went stiff and he could hardly move it. ETPI physio Philippa stepped in, freed the joint and Evans played the back nine in 31 for 65. He signed his card and waited to see if his T8 would hold up.

The minutes ticked by, other groups returned their cards … and Evans slipped to T11, with it to 111th in the seasonal rankings, one place shy.

Then – redemption. Brooks Koepka effectively waived his membership and so Evans was reprieved.

This year he arrives in Portugal ranked 120th – is he due another dramatic finale to the season?

South Africa's Zander Lombard has held or shared the 54-hole lead three times on the European Tour this year. He was also tied second after three rounds at the Tshwane Open. The win remained elusive, however, and he has no prospect of improving on his ranking of 112th because he's not in the field. Q-School awaits.

Scott Jamieson (107th) and Craig Lee (110th) are hanging onto cards by their fingernails, but also have good course vibes. Jamieson has finished top 15 at Vilamoura on three occasions (and very nearly shot 59 there in 2013), whilst Lee was tied sixth 12 months ago.

Tom Lewis is in even worse trouble, languishing at 177th in the rankings, but he has even fonder memories of the course and tournament – back in 2011 he won the tournament playing on an invite in only his third start as a professional.

David Howell and Richard Green potentially have get-out-of-jail-free cards because even though they're ranked 108th and 129th, they're also sitting at 21st and 38th in the Career Money List. It's a category that puts old-timers ahead of Challenge Tour and Q-School graduates in next year's fields.

After 12 years on Tour Englishman Graeme Storm faces an exit from Europe this autumn if he fails to improve on his ranking of 116th. A key problem was missing the cut in the Open de France, a tournament which had reaped him €1,098,168 over the years (or 17% of his on-course earnings).

Those figures also remind you that although some of those losing cards this week will be forced into life-changing decisions based on the financial strain of maintaining a worldwide schedule in a very money-hungry environment, others have banked nearly €6.5 million thanks to the ability to knock a ball round a fancy garden with souped-up sticks. It's a strange world.

Fly in the ointment

In theory the HSBC Champions tournament in Shanghai can still lob a spanner in the works. For example, Jordan Zunic (151st) and Jacques Blaauw (197th) will be in China so an exceptional week for either of them could threaten the post-Portugal status quo, but in a strong field it will take one a hell of an effort.