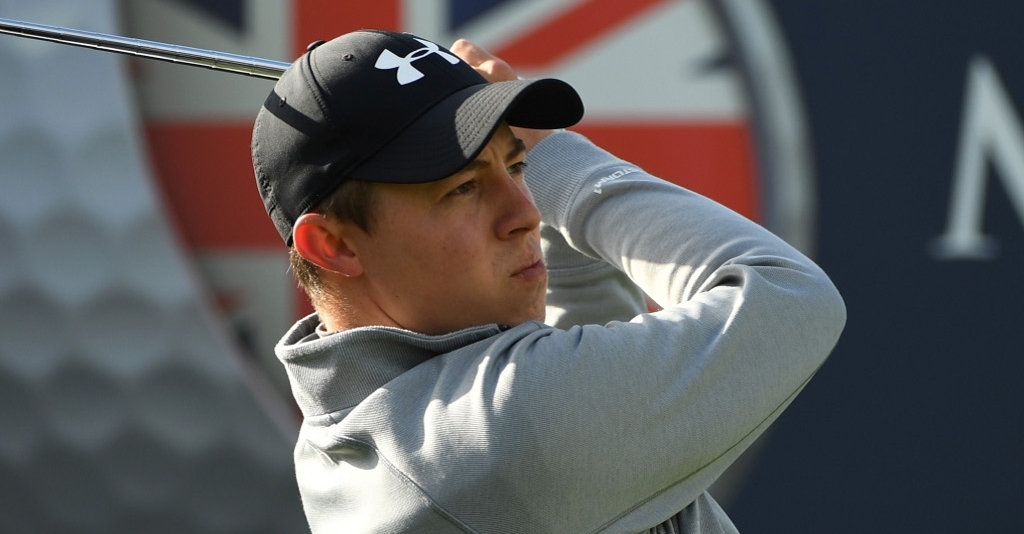 Matt Cooper looks ahead to the action at this week’s British Masters supported by Sky Sports, hosted by The Grove in Hertfordshire.

Meanwhile Lee Westwood endured the worst Ryder Cup of his career two weeks ago in Hazeltine and then shot an 82 in the Dunhill Links Championship; Ian Poulter remains on the injury list; and Luke Donald, this week’s host and the one time world #1, hasn’t lifted a trophy in over four years.

Is there changing of the guard? Beyond those three young names Matt Fitzpatrick (this week’s defending champion), Andy Sullivan and Andrew Johnston are all on the rise.

It’s not all doom and gloom for the 30-somethings by any means. Justin Rose was an Olympic gold medal winner only a few weeks ago, Paul Casey is thriving on the PGA Tour and Ross Fisher has enjoyed an Indian Summer. But you do sense that the time are a changing and this week could enhance the feeling.

The venue for this week feels no need to tone down its aspirations. Its own website says: “The Grove is one of England’s finest luxury golf courses.”

Ten years ago it hosted the WGC American Express Championship and impressed everyone with the stunning conditioning, something that they are very proud of and which is maintained throughout the year.

Countdown to #BritishMasters #12 – With ‘Hell’s Lake’, the 462-yard 12th is the hardest on the course. How will the professionals get on? pic.twitter.com/hcHwecQBVR

It’s a Kyle Phillips design and his courses have been used on the European Tour in the past, in addition to here in 2006. PGA National in Sweden hosted the Nordea Masters in 2014 and 2015, Verdura the 2012 Sicilian Open and Kingsbarns, one of last week’s Dunhill venues, has been a regular for 15 years.

Tiger Woods won at The Grove in 2006, in a stunning performance which saw him hit 65 of 72 greens (90%; Jim Furyk, second for GIR, hit 58) and destroy the field by eight strokes (coincidentally he played the par-5s in 13-under, second placed Ian Poulter played them in 5-under).

It would have been so neat if Woods’ return to the game had, as planned, taken place this week, in the Safeway Open on the PGA Tour, whilst the Europeans knocked it around the scene of one of his finest performances.

Alas he feels his came is “vulnerable” and has passed on both this week’s event and the European Tour’s Turkish Open next month.

The response? Most are disappointed, many are sceptical. And what a strange bunch the latter are.

Nothing wrong with being sceptical, but it’s all of a theme with the modern world: lots of guesswork typed with absolute, unquestioning self-belief and certainty.

Yet very few people know exactly why he dropped out. Feel free to suppose it might be down to a return of the chipping yips or whatever, but at least do it with the self-awareness that you’re guessing.

Woods is now hoping to tee it up in the Hero World Challenge in December and there’s really nothing wrong with just waiting to see what happens without shouting your gob off about exactly what happened this week.

Sure, people obfuscate, we know that. But responding with hysteria doesn’t correct the situation, it just makes it more absurd.

One of the sub-plots of this week features those players chasing cards for the 2017 season.

Everyone ranked 110th or better in the Race to Dubai will earn playing rights, but many of those just inside the cut off point have to sit at home and hope for the best because a lack of daylight in Europe means both this week’s field and next week’s Portugal Masters have reduced field sizes.

Chris Hanson (103), Daniel Im (104) and Zander Lombard (106) are three of those hoping they have earned enough points to tee it up next year.

Meanwhile Florian Fritsch is mounting a late bid to pinch a spot in the top 110. He was nowhere a few weeks ago but T7 in the European Masters helped his cause, T7 in the European Open advanced it (and earned him a spot in this week’s field) and yet another T7 last week at the Dunhill has him right on the cusp at 111th (he was on an invite having played in the final group in last year’s renewal of the event).

If all that sounds a little frantic, consider this: Fritsch doesn’t fly so he gets between every event by car. The fact that he is, for the second year running, on the brink of retaining a card is extraordinary in itself.